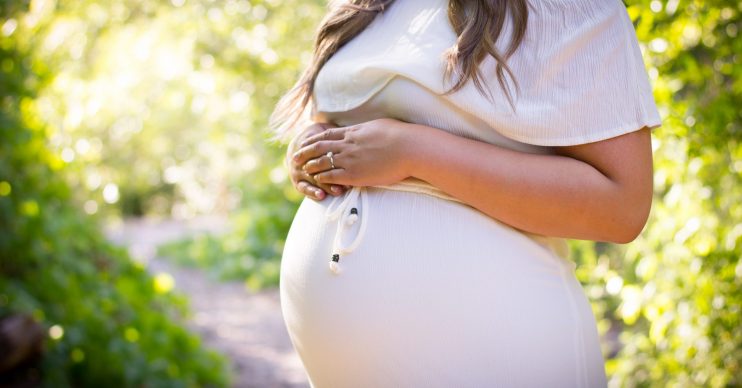 An expectant mum has revealed that she has “banned” her husband from their baby’s birth over his fears that she will die during childbirth.

The woman is expecting the couple’s first child and has put the ban in place due to what she called his “intensely stressful” behaviour in the run up to her due date.

According to a post on Reddit, the woman fears her marriage is “crumbling” and the couple saw a marriage counsellor as soon as they found out they were expecting.

The woman admitted the whole experience would probably be a “sensitive” subject for the man after his own mother died during childbirth with him.

As a result, both he and his father are now convinced the same fate is about to befall the soon-to-be new mum.

She said both her husband and his father become “completely convinced that she’s going to die during childbirth”.

I’ve had a completely complication-free pregnancy and have NO REASON to think I will die screaming in the coming weeks.

She said alarm bells started ringing when her husband started asking if her life insurance was up to date and pushed her to see a lawyer to write a will.

The suggestion that she should go through her belongings and decide what she wanted to be passed onto her baby was deemed “too morbid” by the woman.

She said: “I’ve had a completely complication-free pregnancy and have NO REASON to think I will die screaming in the coming weeks.”

She added of her father-in-law: “When I tell my husband this, he calls me paranoid, but I feel like my father-in-law WANTS me to die.”

Read more: UK restaurant accused of a whole new “level of sexism” as it launches smaller steak for ladies

The woman continued: “His whole life identity for the past 35 years has been ‘amazing single dad’ and it seems like he’s looking forward to being able to guide my husband through what he went through.”

The man’s father has also said that the woman won’t be having gas and air or an epidural during the labour – so she doesn’t want him in the delivery suite either.

“My husband, in addition to backing his dad on everything, acts like my due date is my death date, and has completely pulled away from me,” she said.

Users on the site were quick to rally round the woman and said she shouldn’t feel “guilty” for putting her unborn baby first.

One said: “This is your body, your birth, you decide. If they can’t be supportive, it’s on them and don’t feel guilty for putting you and baby first.”

They also said that they hoped she had someone else she could “count on” when the time came to welcome the tot.