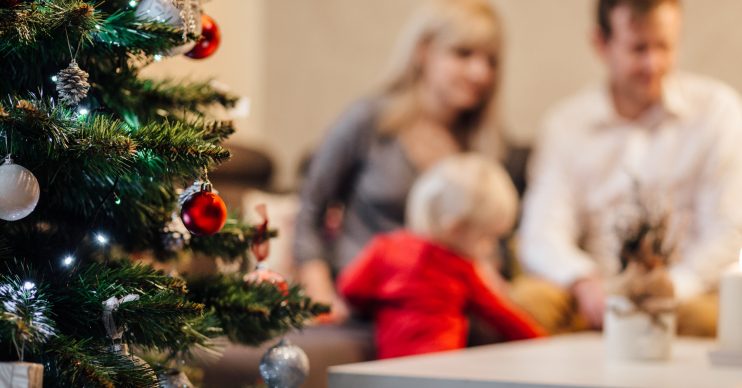 And the most popular time for the first argument!

With Christmas finally upon us, how are you be spending the big day? Unwrapping presents? Stuffing your face with Brussels sprouts? Watching the Queen’s speech?

Or perhaps you reached for your first alcoholic drink of the day as soon as you opened your eyes and argued with your family about what to watch on the telly!

New research recently revealed that, after being woken up by the kids at 6.07am, a quarter of Brits will consume their first alcoholic drink before 11am today.

Meanwhile, it has been revealed that we spent an average of £363 each on Christmas gifts for our families this year – with the average Brit opening 30 presents each.

Kids will cry out that they’re bored twice on Christmas Day, while parents will spend an average of 41 minutes trying to get their new toys to work, according to a survey by Duracell.

Some 52% of Brits have said that they were scared they would forget batteries for said toys, meaning that one in four will have to venture out today to buy them.

After a glass of fizz before 11am, the Christmas chocolates are next to be opened, with the average person consuming one at 11.53am.

Families will then sit down to their Christmas dinner at 2.20pm, with many heading to the sofa for a nap shortly afterwards.

Be sure to set your alarm for the Queen’s speech, though – she’s on at 3pm!

Some 90 minutes will be spent playing board games, with Monopoly, Trivial Pursuit and Scrabble said to be the favourites.

However, prepare yourself for the fact that it won’t all be fun and games as families are set to argue about everything from what to watch on TV and the Christmas dinner to the mess that comes from unwrapping presents.

The first row is apparently set to come at 10.13am, with the most popular time to have an argument on Christmas Day said by Amazon to be at 6.30pm.

However, Alexa is on hand to try and diffuse the situation.

All you have to do is use the phrase “Alexa, change the subject,” and she will try to spark a new debate by asking questions such as: “Is Die Hard a Christmas movie?” or “What would your superpower be and why?”

So if you’re reading this after that time and you’ve escaped arguments, we hope you continue to have a very happy Christmas!

Head to our Facebook page @EntertainmentDailyFix and let us know how your Christmas Day is going.