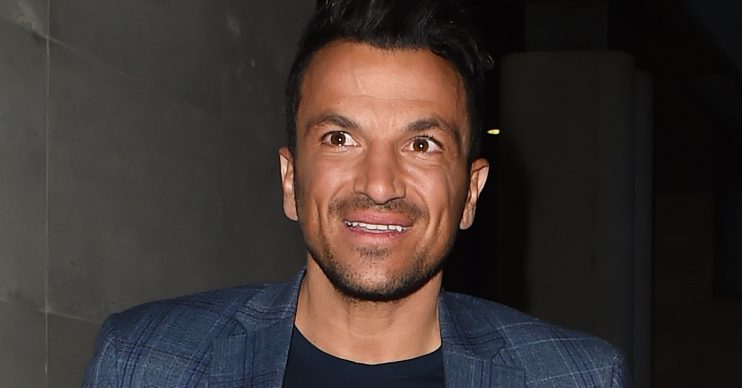 How much do you know about Pete?

Singer and reality TV star Peter Andre has built a successful life for himself since he exploded onto our radios in the mid ’90s with his hit single, Mysterious Girl.

Far from fading into obscurity like most one-hit wonders of the era, Pete’s carved a name for himself in the world of celebrity and built a loyal following comprising millions of devoted fans.

Here’s everything we know about him.

During his stint on the third series of I’m A Celebrity… Get Me Out Of Here in 2004, Pete met glamour model Katie Price.

They hit it off in the jungle and started dating after the show ended, getting engaged in secret just a few months later.

In 2005, Peter and Katie got married at Highclere Castle in Hampshire, famous as the place where hit ITV period drama Downton Abbey was filmed.

They were married for three and a half years before divorcing in 2009.

Who is Peter Andre’s wife now?

Today, Pete’s married to doctor Emily MacDonagh. The pair met while Emily was a medical student and Peter was being treated by her urologist dad for a kidney stone.

As a thank you, Pete gave him free tickets to his next concert, but he couldn’t attend so his daughter, Emily, went instead.

They started dating in 2012 and married in 2015. In an interview with The Sunday Times earlier this year, Peter gushed that Emily is “a proper, beautiful, educated lady”.

Who are Peter Andre’s children?

Junior and Princess are from his relationship with Katie Price, while Amelia and Theo’s mum is Emily.

Pete has well over one million followers on Instagram and regularly updates his fans on his home life, TV appearances and charity work.

He can be found at the handle @peterandre.

We’ve referred to Pete as a one-hit wonder but that’s not entirely true. Mysterious Girl might be his most famous song by a mile, but his second single Flava was his most successful, reaching number one in the UK Album Chart (whereas Mysterious Girl peaked at number two).

Both tracks are from Peter’s second studio album, Natural.

Over the years he’s released 12 albums, including one with Katie Price called A Whole New World in 2006.

Pete is worth around £12.5 million, according to The Richest.

While his music career is where it all started, he’s since branched out into other ventures, including women’s fragrances and a coffee shop business with his brother, Danny.

He’s previously spoken about being sensible with money and revealed that his dad helped him invest his earnings.

According to Hello magazine, Pete said: “My father was my saviour because the money, such as royalties, would come in from Australia, and he would just invest it for me. If it had gone into my account I’d have just spent it.”

Are you a fan of Peter Andre? Leave us a comment on our Facebook page @EntertainmentDailyFix and let us know.