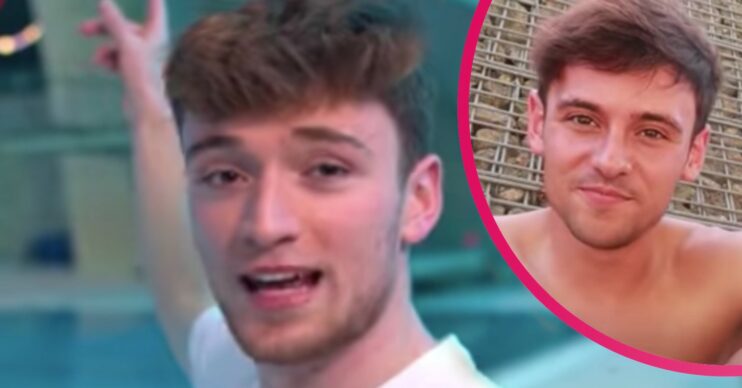 Matty Lee is now an Olympics gold medal winner alongside Tom Daley at the Tokyo 2020 Olympics.

The rising star athlete is now set to become a household name thanks to this incredible achievement.

So how old is he? And what is his relationship status? And what has Matty Lee said about Tom Daley?

How old is Matty Lee?

Growing up he says it was still quite a niche sport. And he thanks his now Olympics partner Tom Daley for helping to make the sport mainstream in the British sporting arena.

What did Matty Lee win at the 2020 Olympics?

The British pair embraced as their triumphant scores were revealed.

This is the first Olympic gold medal for both of them. And Tom Daley’s fourth Olympics.

Yes Matty Lee is on Instagram and has over 170,000 followers.

His current handle is @mattydiver. He’s revealed much of his Olympic journey on his account.

However, the account is predominantly professional and doesn’t reveal much about his personal life.

Who is Matty Lee’s partner?

Matty has not discussed his personal romantic life. It is unknown if he has a partner and what is his sexuality.

However, in an interview with Team GB in 2019, he said he was bullied in school for diving and because bullies thought he was gay.

Yet once he started succeeding in the sport, the bullying died down.

Matty explained: “Growing up and being a diver wasn’t easy.

“I got bullied in the lower end of secondary school for diving, things happen like that and people can be so uneducated, they call you names, the main thing they said is that I’m gay. If I was so what?

“It’s funny because when I got to year 11 and started being successful, people started being excited and raving about it, now they all want to talk to me, it’s funny how things change.”

What has Matty Lee said about Tom Daley?

Matty and Tom appear to be fantastic friends and have only ever spoken highly of one another.

While speaking to Attitude magazine, Matty said they were “two best friends”.

He also said that Tom took him under his wing when he relocated to London to train with Team GB.

The diving star explained: “Obviously, Tom knew I was moving my whole life to London and stuff, so he very much took me under his wing.

“I didn’t know anyone in London at the time, so he introduced me to his friends.

“He had Monday night dinner clubs, and he would invite me to them, because I was quite shy, and not very good at talking to people I don’t know.”

Finally, Tom always has wonderful things to say about Matty. He’s also described him as his best friend and his “work husband”.