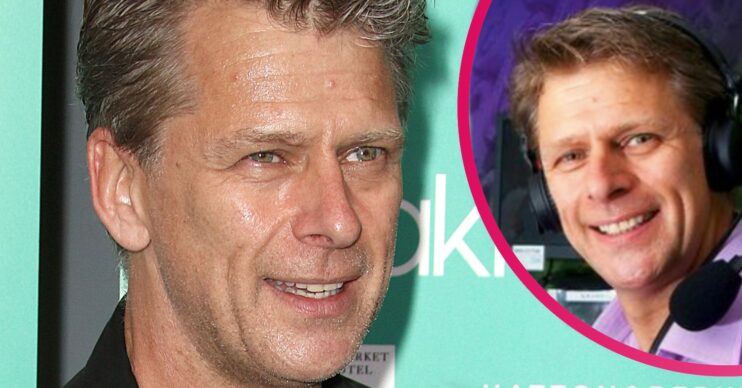 How old is Andrew Castle? Is Wimbledon commentator married and does he have any children?

This married family man was once one of the UK’s top tennis players.

And you may also remember him for his GMTV hosting days.

Read more: Who are the Wimbledon 2021 BBC presenters?

How old is Andrew Castle?

Who is Andrew Castle married to? Does he have any kids?

Andrew has been married to former airline hostess Sophia since 1991.

Read more: What happened to Wimbledon in 2020?

When did Andrew retire from tennis?

Andrew retired from tennis in 1992.

Career highlights included reaching  UK number 1 in singles tennis in 1986 and ranking as World No. 80 in June 1988.

Andrew told SpeakersCorner that he turned to presenting once his tennis career was over.

He said: “I got into presenting when I called time on my tennis career in 1992.

“My wife was expecting our first child and I was 28 and looking to the future. Sky offered me a job commentating and co-presenting their tennis coverage.”

When did Andrew Castle host GMTV?

He announced he was leaving the popular daytime show in June 2010 ahead of its major revamp.

He said at the time: “With all the changes taking place at GMTV I felt it was time for a new chapter in my life as well.”

Andrew is still a radio presenter and continues to host for LBC.

He hosts weekends early mornings from 7am.

He’s known for not holding back when it comes to his political and cultural beliefs.

And went onto This Morning to say he was “scared” of her.

He said: “Am I the new Laurence Fox for this week if I say I look at her certainly, not amused as that’s patronising, but with a detachment?

“I see her, yes as a force of nature. But I’m slightly scared of her.”

When was he on Strictly Come Dancing?

Andrew competed on Strictly in 2008 for its sixth series. Paired with Ola Jordan, they reached week seven.

He went on to say on It Takes Two that he blamed his departure all on himself.

Andrew told Claudia Winkleman: “I should have danced better. It was time for me to go. There were better dancers than me.”

Is Andrew covering Wimbledon this year?

Andrew will return to provide BBC coverage of Wimbledon this year.

The former professional tennis player has served as part of this award-winning presenting team for many years now.

He’s been lead commentator on all men’s singles finals since 2003,

This year Wimbledon spectators are required to have had both COVID-19 vaccinations or have proof of a negative COVID-19 test result taken within 48 hours. And they must also wear face masks when unseated.

Andrew told The Yorkshire Post that he understands some of the backlash.

But ultimately he is thrilled that Wimbledon is returning.

He explained: “But the fact that Wimbledon is going to be on and in front of people, with a bit of luck with the sun shining, I just think it’s a fabulous thing. And may the theatres be next.”