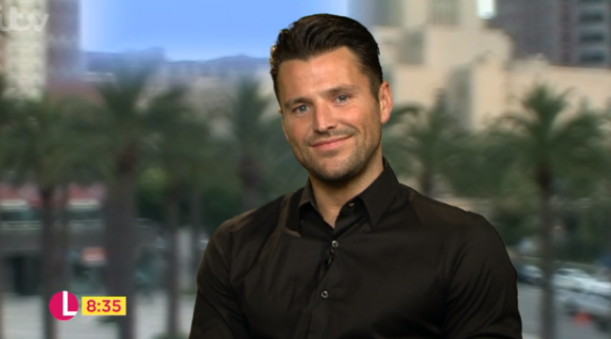 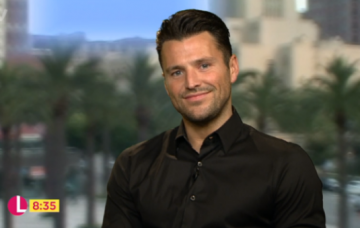 Mark Wright has revealed he and his wife Michelle Keegan are still seeing lots of one another even though he’s now living in Los Angeles.

The former TOWIE star spoke to Lorraine Kelly on her ITV morning show via video link, and said he and Our Girl actress Michelle see one another as much as possible.

Lorraine asked him: “Your Michelle is going to be on our show next week, how does it work for you two as there you are in LA, she’s all over the world – your phone bill must be enormous!”

The 31-year-old replied: “Wifi and Facetime makes it free! We make it work. I am a bit jet-lagged today actually as I just landed from a flight a few hours ago as I’ve been home.

“The minute I get time off, I fly home, the minute she gets a few days off, she flies here. There are flights three to fours times a day from Heathrow to LA, so we make it work, we’re young.”

Lorraine said it must be “difficult” for them to have a long-distance relationship in the public eye as, “there’s all this speculation that you aren’t together when actually you are together, we just don’t know about it!”

Mark agreed, saying: “Yes, we don’t always report when we see each other.”

He then added that their set-up is working for them for now – hinting that it may change if they have children in the future.

He said: “We make it work, we haven’t got kids yet. While we are young and chasing our dreams, we make sure things are good.”

Mark has relocated to LA, where he works as an entertainment reporter for Extra. He’s on the red carpet at a number of glamorous events and interviewing all the A-listers including Elton John, Kim Kardashian and Channing Tatum.

Meanwhile, Michelle, 30, has been in demand since leaving Coronation Street. As well as Our Girl, she’s starred in the series Tina and Bobby about footballer Bobby Moore, and recently announced the Bafta TV nominees with Ore Oduba.

She also has a number of fashion, beauty and modelling contracts. As a result, it was reported today her company has made a £1million profit for the second year in a row.

Her work commitments mean it’s difficult for her to stay in LA with Mark long-term, and she previously admitted she isn’t keen on living abroad as she’s too much of a “home bird”.

She recently revealed she will be spending more time with Mark soon as he’ll be back in the UK to cover Prince Harry’s May wedding to Meghan Markle.

Do you think long-distance relationships can work? Leave us a comment on our Facebook page @EntertainmentDailyFix and let us know what you think!