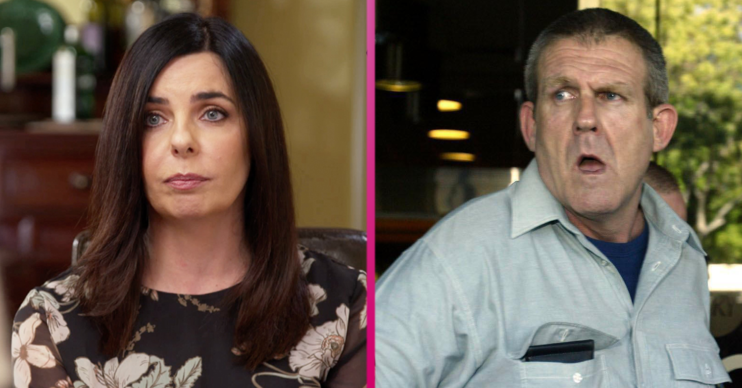 How did Joanne Lees escape from Bradley John Murdoch and where is she now?

Joanne Lees became the target of intense media scrutiny after the death of her partner Peter Falconio in the Australian Outback.

The sensational case caused a storm back in 2001.

It wasn’t until 2005 that Bradley John Murdoch was convicted of murdering Peter.

What happened to Falconio?

The pair, who were from Huddersfield in Yorkshire, quit their jobs to go travelling.

They bought a camper van and took off around Australia.

Read more: How did Myra Hindley die and what happened to Ian Brady? Britain’s most evil serial killers

On the night in question, in July 2001, they were driving in the pitch dark down the remote Stuart Highway, close to Barrow Creek.

Joanne said that they were suddenly being tailed by another vehicle.

The driver flagged them down, appearing to want help.

But it soon turned into a nightmare.

Although Joanne said that her memory of events was hazy, she said that the man had tied her up.

She then heard Peter go to the back of the car.

A loud bang was heard, which she believed was a gun shot.

How did Joanne Lees escape from Bradley John Murdoch?

Joanne managed to free herself and hid in the grass until she could make her way back to the highway and call for help.

She said she had been faced with a choice: either run, or get raped and killed by the attacker

A Channel 4 documentary, ‘Murder In The Outback’, casts doubt on Murdoch’s conviction.

It presents a police report that was not put before the jury at his trial in 2005.

In a Scientific Content Analysis (Scan) report, analysts looked at the statement Ms Lees gave to police the night after Mr Falconio disappeared.

They say that: “These statements are all indicative of a false account.”

The show also talks to experts who point to holes in the forensic evidence used to convict mechanic and sometime drug dealer Bradley John Murdoch.

Professor John Fraser, once a top criminal defence lawyer, said: ‘The more we have delved into this case, the more obvious it has become that it is riddled with doubt.”

At the time, Joanne was accused of being “cold and emotionless” in the UK press.

“It was like a stab to the heart,” she told Aussie news show 60 Minutes about the accusation.

Even then, people were casting doubt on her story because they didn’t think she had reacted in the right way.

Murdoch can apply for parole in 2033.

However, this will only be granted if he reveals where the body is.

For his part, he has always claimed to be innocent of the murder.

Where is Joanne Lees now?

Three years ago, Joanne revealed she had discovered she had a half sister in Australia.

She said she felt “less alone in the world” after meeting Jess, her father’s daughter from another relationship.

She made the revelation on a trip to Australia to search for Peter’s body.

It has never been found.

Only child Joanne had been diagnosed with PTSD after the incident and the way she was subsequently criticised.

She wrote a book in 2006 about her experiences.

What do you think about this story? Go to our Facebook page @EntertainmentDailyfix and leave a comment to let us know