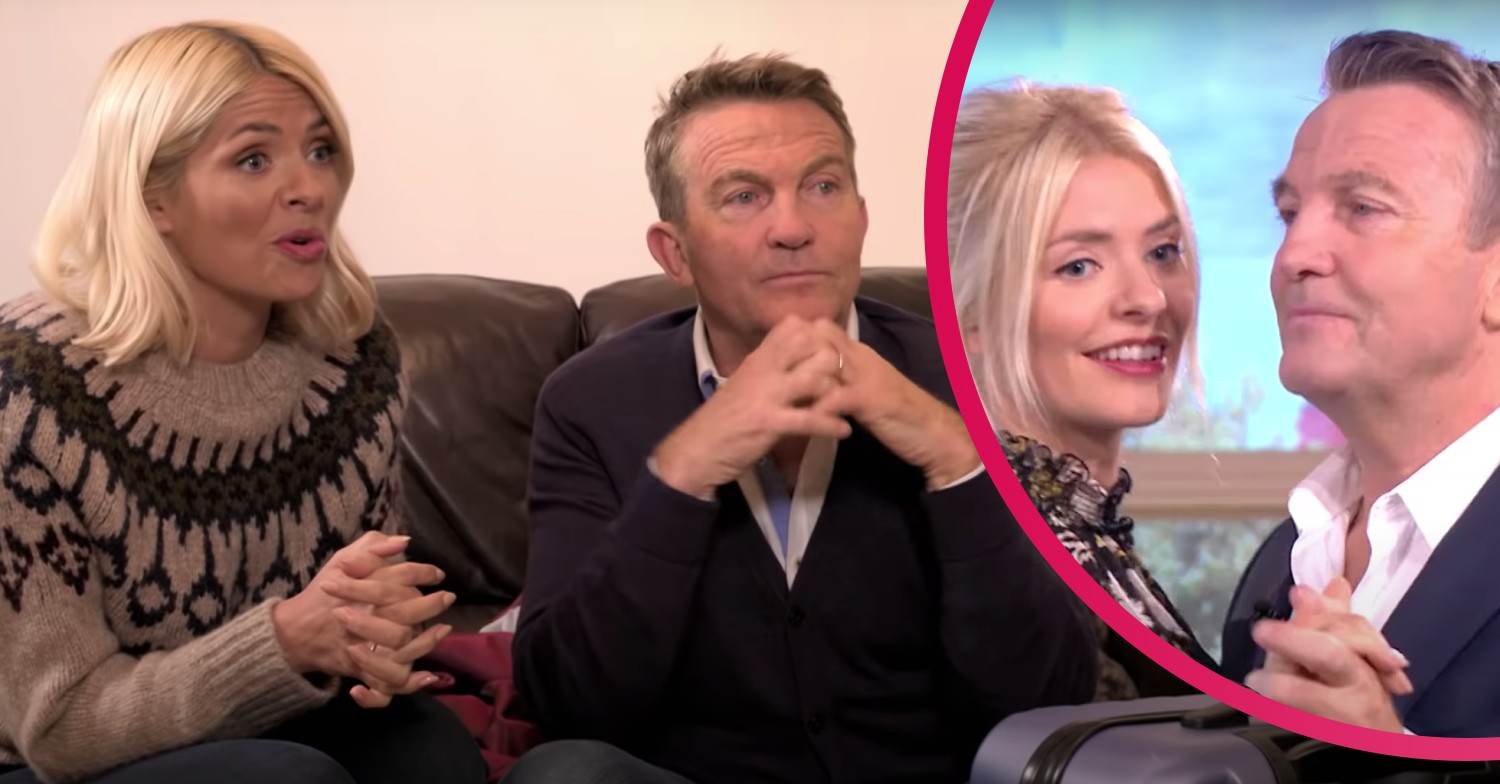 How are Bradley Walsh and Holly Willoughby friends? The TV duo even holiday together!

Bradley Walsh and Holly Willoughby will soon be reuniting on screen for Take Off With Bradley And Holly.

The new BBC series, resulting from a 2019 festive special, will see studio audience members compete for an unforgettable getaway.

The presenters have great chemistry from their many mutual appearances on the likes of This Morning and Play to the Whistle. But Bradley and Holly are buddies.

The on screen history of Bradley Walsh and Holly Willoughby

Take two extremely personable and popular TV stars. Add a bit of banter and you’ve got the perfect recipe for telly success.

That seems to be how Bradley Walsh and Holly Willoughby may have ended up as friends and co-workers.

The Chase host Bradders has made several appearances on Holly’s This Morning over the last several years.

Whether it was to promote his music, Breaking Dad or discussing pandemic via Zoom, Bradley has always been a much-cherished guest.

But away from Holly’s big daytime gig, the pair have also turned up as regulars on other projects, too.

For instance, Bradley was a team captain on ITV panel series Play to the Whistle. Holly was the host of sports gameshow – and clashed with Bradley on more than one occasion!

Their light-hearted knockabout humour saw her once discipline him by putting him on ‘the naughty step’. And another jokey spat between them saw her chuck her cue cards at this head from several paces away… and land them perfectly!

Bradley and Holly as mates

No doubt their easy affinity made Bradley and Holly a very attractive casting option for BBC producers.

But they have plenty of friendly affection for each other away from the cameras, too.

Bradley isn’t a natural social media user, although he does use Instagram. And on many occasions, especially when he first set up the account, he has lightly taken the mick out of his pal. One post even saw him jokily mock Holly’s Insta outfit pics.

Read more: Bradley Walsh’s wife Donna Derby was as successful a showbiz star as him when they first met

Bradley and Holly – who he has often called ‘H’ on This Morning – have also holidayed together, alongside their families and other celebrity pals.

Perhaps the most memorable instance of this was back in 2017 when they jetted off with Phillip Schofield and Dragons’ Den star Peter Jones.

According to news reports at the time, the group enjoyed at least one big night out together that summer.

Phil captured scenes on his Snapchat account which showed their group downing shots after a meal.

Someone joked a “whole bottle” was involved, to which Bradley joked: “That’s just for me. That’s great, that is sensational.”

However, as Holly passed a tray of drinks over the table to her colleague, a number of glasses toppled over.

Could their 2017 trip destination – thought to be Portugal – feature on Take Off, maybe?

– Take Off With Bradley And Holly airs on BBC One on Saturday July 24 at 6pm.