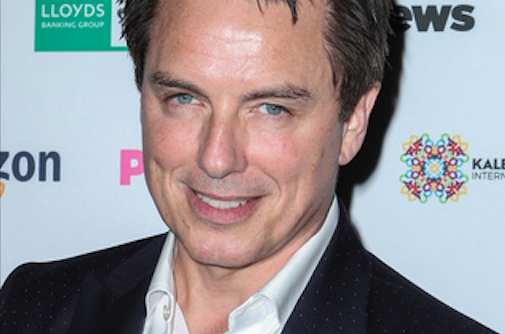 He's been forced to cancel tour dates for his show

Former I’m A Celebrity star John Barrowman has gone to hospital after revealing he is too injured to perform tour dates of his Christmas show this weekend.

John, 52, has cancelled performances in Bristol and Glasgow after sustaining a ‘severe neck injury’ which has left him unable to move.

The musical star told fans on social media earlier today his doctor had advised him he was in no condition to perform his A Fabulous Christmas live shows.

His worried but supportive Instagram followers later learned John had been taken to hospital for an MRI scan.

Heading to hospital for an MRI scan on my neck! I’ll Keep you all posted on my progress – Bless you all and thanks for all your good wishes.. JB #Fabulous @scottmale @deccarecords @cuffeandtaylor

John – who recently revealed a dramatic new look – captioned a promotional image for his tour with a lengthy explanation about his predicament.

The Doctor Who actor said: “I’m devastated to have to tell you that due to severe neck injury, which has made it impossible for me to sing and move, I’ve been rushed to hospital for a diagnosis.

I’ve been rushed to hospital for a diagnosis.

“The doctors have advised me to not perform this weekend while I try and recover, so I’ve had to make the very difficult decision to cancel my performances at the Bristol Hippodrome on Saturday 30th November and at the SEC Armadillo, Glasgow, on Sunday 1st December.

“I am so disappointed and upset as I was looking forward to seeing you all, I feel I am letting everyone down, but it’s simply not possible for me to do the show in my current condition.”

Last #extracamp today for me then heading back to #la. It’s been #fabulous #extracamp @alisonhammond55 @imacelebrity Send your questions on twitter to #extracamp #imaceleb #fabulous@itv2 @itv jb

He later updated his fans in a pic showing him and husband Scott Gill driving to hospital: “Heading to hospital for an MRI scan on my neck!”

It is not clear how John became injured.

ED has contacted a representative for John for comment.