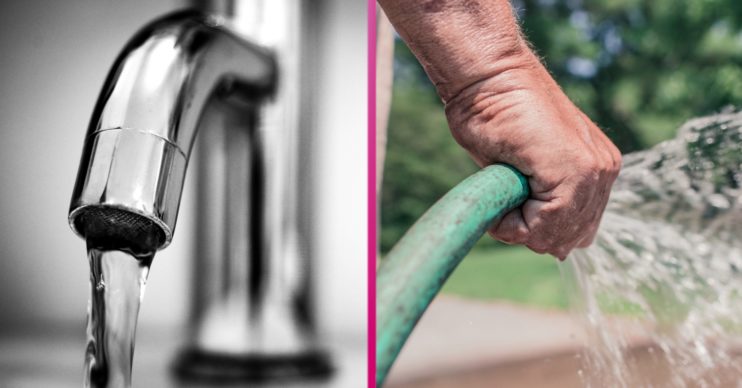 Hosepipe ban on the way? Millions could be left without tap water due to heatwave

A hosepipe ban could be incoming after a stark warning that millions of Brits could be left without tap water.

The sizzling heatwave and ongoing lockdown are reported to have put strain on the UK’s water supplies.

And, according to one water firm, any inessential activity should be dumped to ensure everyone in the country has enough to drink.

That includes letting hose pipes and garden sprinklers run dry, as well as any garden toys that may use water.

South East Water are quoted by The Sun as saying technicians are finding it increasingly hard to keep up with demand.

And until the high temperatures pass, they have pleaded with customers to go easy on the H2O.

It is getting harder to keep up.

The heatwave is still expected to last a few days more, however.

And water bosses fear their 2.2 million customers could miss out unless usage is cut immediately.

Appeal to use less water

Head of central operations Steve Andrews said: “Our water technicians have been working round the clock… but with this record amount of water being used daily, it is getting harder to keep up.

Read more: Gemma Collins begs for the release of killer whale in the ‘world’s smallest tank’

“I am now appealing to everyone – households and businesses – to keep water for essential use only while the heat is on this weekend and next week.”

It is believed that running a sprinkler can use up to the same amount of water that a family of six would use in a day.

And after demand for water went up by 25% in June, water companies warned then that some parts of the UK were getting too dry.

Even back in May, Yorkshire Water was urging customers to take a four-minute shower rather than a bath.

The company also encouraged households to turn off taps while brushing their teeth to conserve water.

Yorkshire Water said at the time: “This good weather has meant the levels in our reservoirs are lower than they normally would be.”

If requesting a cut in usage fails to ease matters, water firms can apply to the Environment Agency for a hosepipe ban.

Lockdown and hot weather has also been causing problems on Britain’s beaches.

Visitors have been warned to stay away after sunbathers appeared to ignore social distancing advice over the past few days.

Local authorities have been forced to issue stay away warnings online.

A scene of “bedlam” reportedly unfolded in an overcrowded town in Wales.