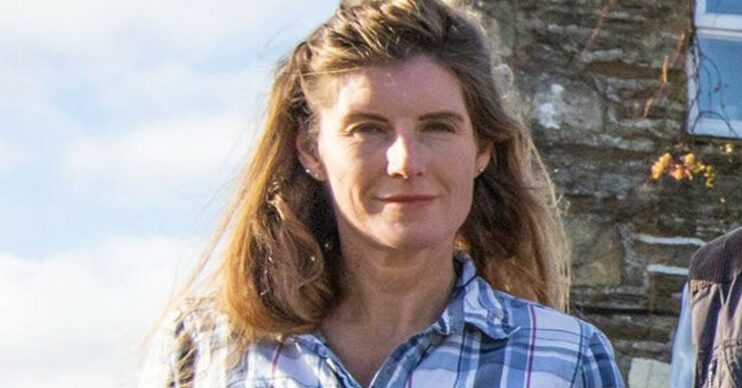 Amanda Owen fans all have the same grumble amid water shortage

After parts of the country were placed under a hose pipe ban for the summer of 2022, Amanda Owen risked the wrath of some of her followers.

The Yorkshire Shepherdess seems to have an abundance of rain up North – and her followers are pretty jealous.

Amanda shared a weather update with her fans last night (August 3) and many took to the comments section with the same grumble.

Amanda uploaded four photos of herself on her land. In one photo, Amanda is in her car, while in another she is sitting with her dog.

A third picture shows the Our Yorkshire Farm star and some stunning views, and in the fourth, Amanda poses with her dogs.

“All weathers at the moment,” she tweeted.

All weathers at the moment.
☀️ 🌧 🌬🥶🥵
Wet & windy, bright & sunny. Cold & then hot.
We’ve had highs of 34 degrees & lows of 2 degrees in the space of a couple of weeks. #yorkshire #shepherdess #weather pic.twitter.com/2h4Pr5ldMT

Plenty of Amanda’s followers took to the replies – and they all had the same complaint to make.

Many were jealous that Amanda is getting so much rain up north, whilst they’re getting next to none!

“We desperately need rain in the south,” one follower said.

“We desperately need rain in the East, it’s crazy weather,” another wrote.

“I need rain for my poor allotment,” a third moaned.

“That’ll be that global warming they’re always banging on about,” said another.

No water shortages here.🚰 Although it has been dry the spring has not run dry yet.💧 #yorkshire #spring #water pic.twitter.com/zizNMzTzKU

Amanda then appeared to rub it in even further by sharing a short video of her daughter playing at a water spring.

“No water shortages here,” she confessed. “Although it had been dry, the spring has not run dry yet.”

“There seems to be a definite north/south divide where water is concerned with rainfall turned into resources the south doesn’t have,” one fan grumbled.

The Yorkshire Sheperdess’ Twitter posts came not long after she put some fan concerns to bed.

Some fans of the star became concerned when they realised that Amanda hadn’t been on Twitter recently.

However, last week Amanda returned to the website, reassuring fans that she was okay and had just been busy.

The 47-year-old uploaded a video of a waterfall, as well as an explanation as to where she’d been.

“Been super busy, so behind with pictures,” she tweeted.

“Beautiful it’s great to see you back I’ve missed your tweets,” one relieved fan replied.