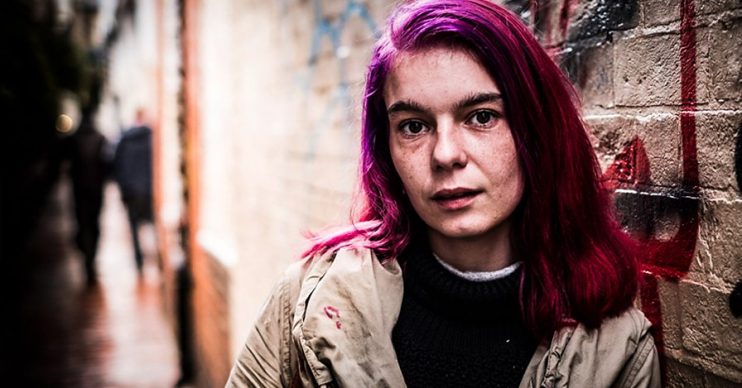 Paige Greenaway, who was homeless but turned her life around after appearing on a BBC documentary, has been found dead.

Twenty-three-year-old Paige was found hanged at her Brighton flat on February 9, after worried friends contacted police when they had not heard from her.

The details emerged at an inquest which opened this week, and were reported in The Sun and The Mirror.

Paige had appeared to turn her life around after appearing in Love and Drugs on the Street and had dreams of entering the Navy. The show, which aimed to raise awareness of homelessness, followed the lives of young women as they battled with drug addictions and living on the streets.

It was revealed that one in 69 people in Brighton are homeless. At the time, this was the highest increase in the UK, with rough sleeping more than doubling across the country.

“She was so excited to see what would happen next and planned to move back home.”

But Paige was inspired by sharing her story to make radical changes in her life, and seemed to be  successfully turning things around against all the odds.

Viewers saw her move to Hove, and start attending Narcotics Anonymous. Since the show, it was reported, she had got a job as an Avon lady and had ambitions to join the Navy. She had also signed up to a hair and beauty course and planned to set up a business with her mum selling soaps and candles.

Paige described herself on the show as “a runaway child” and said sleeping in the graveyard was safer and quieter than sleeping on the streets.

“We’re going up to the graveyard so I can go to bed, so I can make my bed in a tent with the dead people,” she said on the documentary.

“It’s a lot safer than the streets. I’d rather just stay hidden. It’s quiet enough for me.

“It’s pitch black and I’ve got my own space.”

Her mum Edell paid tribute to her daughter in The Mirror.

“This has come as a massive shock to us all, she was in such a good place.

“Paige really pulled up her socks and came back with a fight. She was so excited to see what would happen next and planned to move back home. But it was like she was facing a never-ending battle with her own demons as well.”

Paige’s mum said she would often go and sleep on the streets with Paige, and beg her to come home.

She added:“Always check on your family, even if they don’t want you too.

“And don’t judge anyone. At the end of the day, let’s try and prevent this from happening again. Even just by listening.”

What do you think of this story? Share your thoughts on our Facebook page @EntertainmentDailyfix and have your say.