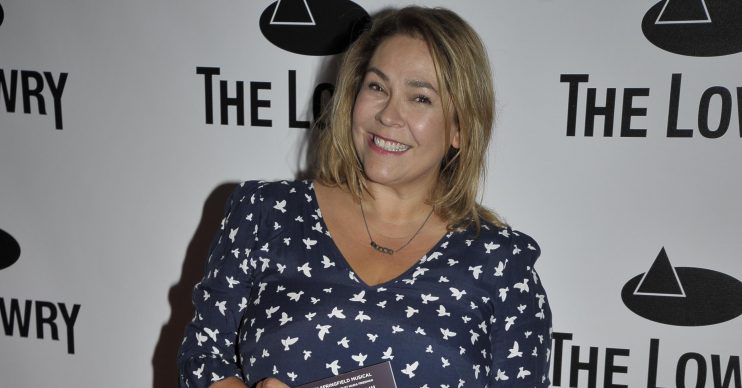 She thanked A&E for their help

Former Hollyoaks star Nicole Barber-Lane has shared an image showing off her injuries after suffering a fall over the weekend.

The actress praised the emergency services after being rushed to hospital after her accident, and revealed she had a fractured ankle and a sprained wrist.

Nicole was treated by the accident and emergency department at Warrington Hospital.

She shared a photo showing her bandaged foot and wrist, saying “Warrington A&E are so fast,” with the caption, “Thank you so much to all the staff for looking after me.”

Her Hollyoaks co-stars were quick to offer their sympathies, with Jessica Fox commenting “Oh Nicole! I hope you get better soon!” while Sophie Austin said “Are u ok?” and Kelly-Marie Stewart said “Oh no! Get well soon, hope you’re ok.”

Her fans also gave their best wishes – with one suggesting the fall was a sign that Nicole should return to Hollyoaks.

“You leave Hollyoaks, this happens – you know what this means, you need to go back,” they commented.

Nicole left the soap earlier this year after 13 years with the show, playing Myra McQueen.

She released a statement at the time, saying that the show was “home” to her, but that it was time to try something new.

“I loved working at Hollyoaks,” she said. “I miss everybody, It just feels like home, but I feel like I need to do something different for me. I’m so proud of the show and I love it to bits.

“My favourite storyline this time around was Myra meeting Sally and that relationship developing in to what it became.”

Nicole’s departure was played out on screen when her character, Myra, decided to leave the village and move to Spain.