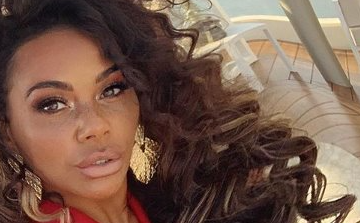 Viewers are appalled by her lack of manners

Hollyoaks actress Chelsee Healey has riled viewers with her lack of manners on Celebs Go Dating.

So far, the star has been on two dates and she left early on each occasion. She also burped and swore during her first meet up.

But Chelsee particularly shocked on her date with wind turbine engineer Mike on last night’s show, as she walked out and left him to pay the bill!

The atmosphere was painfully awkward as Mike attempted to ask Chelsee about herself but she didn’t seem interested.

Chelsee appeared offended after he admitted he had never seen Hollyoaks and didn’t know who she was.

She later ran off to the toilet to call dating agent Paul and told him the date was “horrendous”.

He encouraged her to stay and finish their meal, but the 30-year-old actress had other ideas!

She told the cameras: “I am really not feeling this. Paul told me I had to see through dinner and not do one but he didn’t tell me I couldn’t speed eat.”

After she had quickly munched down her food, she asked Mike: “Are you done?” She then got up and left, telling him: “I probably have to shoot now.”

Her behaviour caused outrage with viewers of the show.

One wrote: “Literally sat here, lost for words at the way Chelsee just yammered that food and dashed out the restaurant like that….😱 I stand by what I said yesterday – is a manners bypass required to be a celeb #CelebsGoDating.”

While another added: “Playing catch up…. I think Chelsee should be taught basic manners before her next date. Cringe! #CelebsGoDating.”

Literally sat here, lost for words at the way Chelsee just yammered that food and dashed out the restaurant like that….😱 I stand by what I said yesterday – is a manners bypass required to be a celeb #CelebsGoDating

Playing catch up…. I think Chelsee should be taught basic manners before her next date. Cringe! #CelebsGoDating

She explained that she didn’t walk out while Mike was still eating and they both agreed she was fine to leave as she wanted to get home to her 19-month-old daughter, Coco.

She added that the way she came across was due to “editing” and she insisted: “I would never be rude and treat someone how I don’t wana be treated, if you KNOW ME THEN YOUR KNOW THAT ALREADY!”

Right let’s get one thing straight after everyone calling me rude, I never walked out while mike was still eating, after I finished my food we both agreed their was nothing romantic between us the feeling was mutual, also I wasn’t rude like I came across as we was actually cool through out so it’s how it’s been edited they never shown most of our convO And I ain’t guna lie I’d be waiting an hour before the date it had been a long day filming (as you can tell by my messy wiglet) all I wanted too do is get home to my daughter all you jobs worth get off my neck 😂 But I do apologise for demolishing the steak in 0.5 seconds tho 😭 I would never be rude and treat someone how I don’t wana be treated, if you KNOW ME THEN YOUR KNOW THAT ALREADY! Love x

Mike, 31, said after their meeting: “She’s a nice girl but it was uncomfortable. It was probably one of the most awkward dates I have ever had.”

Chelsee has revealed that she does have her guard up to protect herself and her young daughter.

She revealed on the show that she wants to find the right man to do right by Coco and give her the family unit she didn’t have growing up as she came from a “broken home”.