Hollyoaks star Jennifer Metcalfe has revealed that while she would love to get married one day, she was relieved when her boyfriend didn't pop the question on her birthday.

The actress, who is better known to soap fans for playing Mercedes McQueen for the last 12 years, has been with her partner Greg Lake for almost 7 years and the couple have a little boy together called Daye. 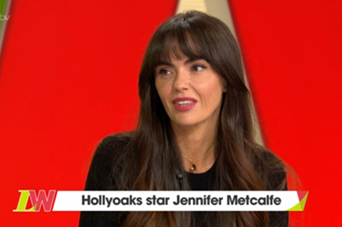 Jennifer appeared on Loose Women this morning to talk about her character's wedding that is set to air on Hollyoaks later this week.

She was thrilled to be reunited with presenters Janet-Street Porter and Linda Robson, who she had met as they both filmed their own cameos earlier this year, playing Russ and Mercedes' wedding guests! 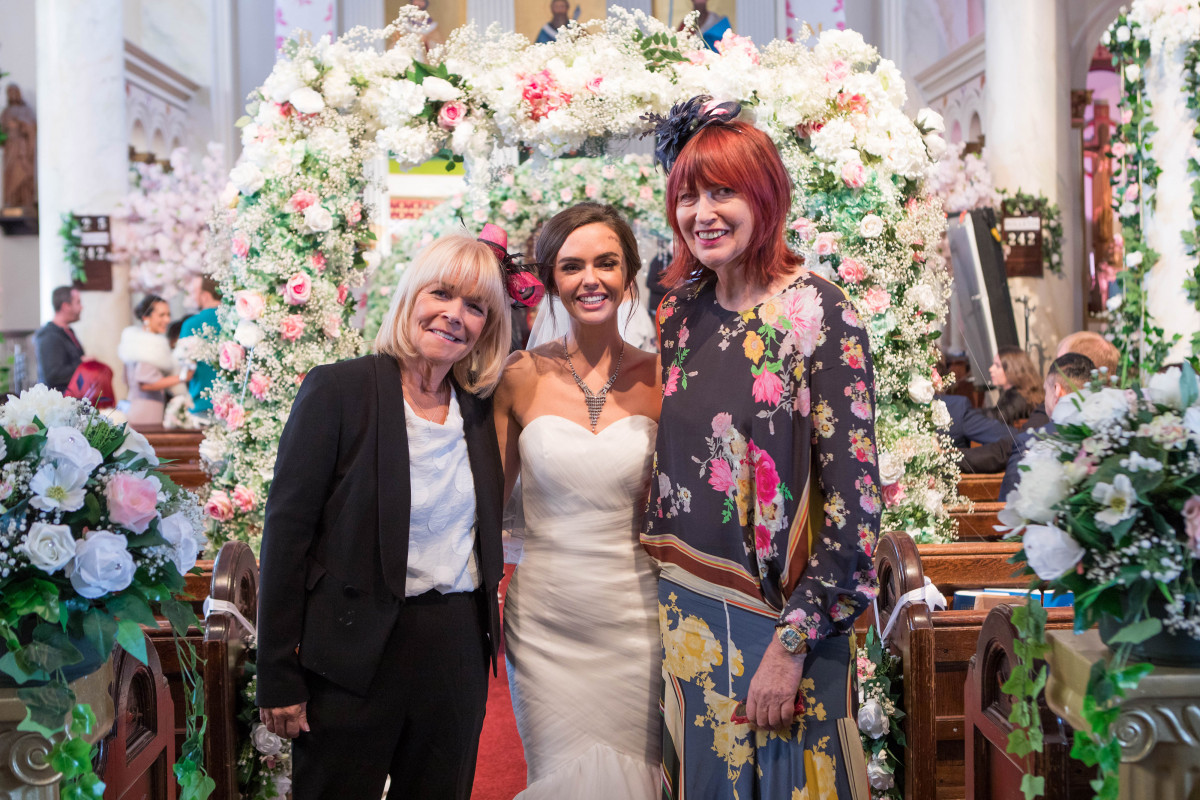 Linda Robson and Janet-Street Porter will be on Hollyoaks this week (Credit: Lime Pictures)

Speaking of the moment she thought boyfriend Greg was about to get down on one knee, the actress confessed...

"I actually thought he proposed to be on my birthday. I thought he was going to and I was like, 'I'm too tired for this, can we do it another day?' 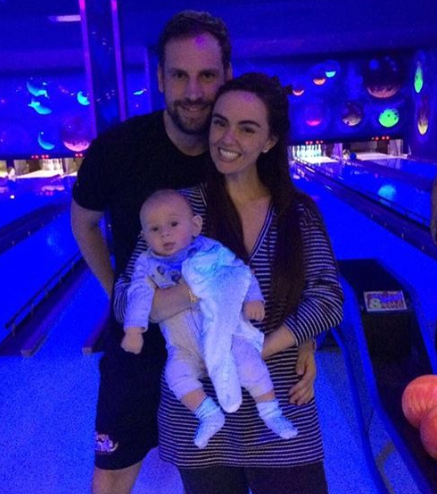 "He bought me this ring, a gorgeous ring for my birthday from him and Daye. He got out the ring box and I was just a mess.

"I had just finished work, finished bathing Daye and I was so tired. I thought, 'Please don't do this now,' and he said, 'No, It's just a ring!'

I thought he was going to propose and I was like, 'I'm too tired for this, can we do it another day?'

"I was too tired to deal with how exciting it would be!"

Jen has been with boyfriend Greg for 7 years (Credit: Instagram @missjenjomet)

But when the rest of the Loose Women panel asked if she would like to tie the knot one day, Jen said she would: "Maybe, if we have time!".

Russ and Mercedes' big day will take place on E4 this Thursday, and the wedding will be part of an hour-long special to celebrate their nuptials.

This special episode will air on E4 from 7-8pm on Thursday 15th November, and Channel 4 from 6-7pm on Friday 16th November.

Do you think Mercedes and Russ have got what it takes to have a happy marriage? Leave us a comment on our Facebook page @EntertainmentDailyFix