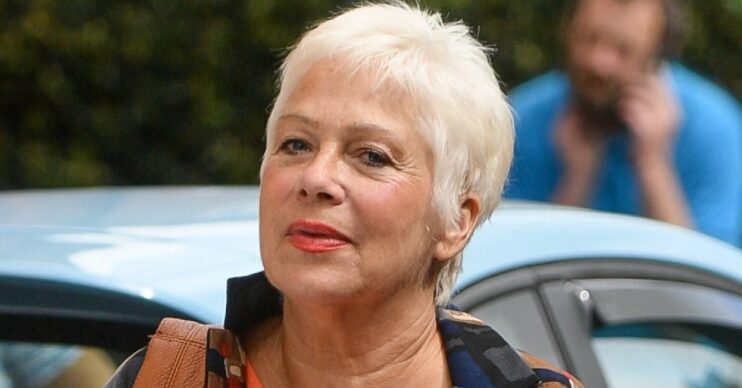 Hollyoaks star Denise Welch was taken off a set after contracting COVID-19.

The actress shared the news with her fans over on Twitter.

She plays Trish Minniver in the Channel 4 soap.

What did Denise say about having Covid-19?

Denise, 63, revealed how she “lost taste and smell” with both Covid and bronchitis.

What happened to Denise Welch on Hollyoaks?

She tweeted: “Just had Covid. Nothing like the bronchitis I had recently which was the most ill I’ve ever been.

“Lost taste and smell with both. At work 10 days ago. I was removed from set and they had me tested.

Lost taste and smell with both. At work 10 days ago.

“LF and PCR taken at the same time. LF was negative, PCR was positive. Go figure!”

However, before revealing her own health news, Denise had tweeted: “Dear unvaccinated NHS staff.

“Please work ridiculous hours unvaccinated and save lots of lives this perilous winter.

“Then, come April, if you haven’t been jabbed, we’ll sack you. Thank you in advance. The Health Bosses.”

Why did Denise Welch hit out at the government over Covid this year?

Meanwhile, Denise accused the government of  ‘hypocrisy’ after being banned from travelling with her father in an ambulance.

She pointed out that football fans were seen gathering in the streets during the Euros despite the pandemic.

Denise said she wanted her freedom back.

The actress and Loose Women panelist was accused of being a ‘Covid denier’.

She refuted the claims and revealed she had received both vaccines for the virus.

Her beloved dad had been suffering from a string of health conditions, including pulmonary fibrosis.

She shared the news on social media, saying: “The words I’ve dreaded saying all of my life.

“Last night at 11pm, we lost our dad, the life force that was Vin Welch.”

In addition, she said: “After making a miraculous recovery recently from major surgeries, pneumonia plus, his existing pulmonary fibrosis was more than even he could take.

“He left us surrounded by his family who could not have loved anyone more.”