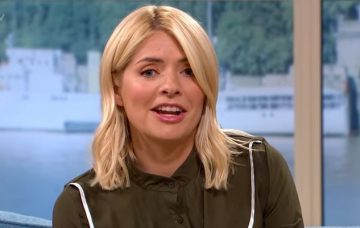 The star shared her usual This Morning fashion snap on Tuesday

Holly Willoughby was back to work on This Morning on Tuesday after enjoying a long Bank Holiday weekend.

But, er, she seemed to think it was still Monday!

The television favourite was up bright and early on Tuesday getting ready for the latest episode of the ITV show.

And, as always, she posted a snap to Instagram showing off her look for the day.

Thousands of fans liked the snap, with hundreds leaving gushing comments. Some, however, were quick to correct Holly and point out it is, in fact, Tuesday!

Proving that she reads her Instagram comments, Holly soon returned to social media to admit she’d got her days mixed up!

She shared a photo of herself on the This Morning set pulling a quizzical facial expression.

Holly captioned the shot: “For all those people that noticed I put Monday in my last message… well done! A point for your team! It was a test… sort of.”

She added hashtags including “Bank Holiday blues” and “what day is it?”

Holly and her This Morning co-host Phillip Schofield had Bank Holiday Monday off work, with Strictly champ Ore Oduba and This Morning guest presenter Lisa Snowdon filling in.

Holly treated her three children to a day out at the football on Bank Holiday Sunday, bringing them to watch Arsenal’s last home game of the season.

She shared a rare snap of all three kids – Harry, eight, Belle, seven, and three-year-old Chester – to Instagram, as they watched the match play out below them.

Her caption read: “Making memories on a memorable day at The Arsenal.”

Unsurprisingly, given Holly’s desire to keep her children away from the limelight, all three kids had their backs to the camera, meaning their faces were obscured.

Holly and her television producer husband Dan Baldwin have always chosen to keep their children away from the glare of the spotlight, so the only glimpses fans ever get of them is when Holly posts photos to social media, with their faces hidden.

Do you miss Holly and Phil when they’re not on This Morning? Leave us a comment on our Facebook page @EntertainmentDailyFix and let us know what you think!