Most of us can't wait to get away from our co-workers on our summer holidays.

But "besties" Holly Willoughby and Phillip Schofield even take their beach trips together.

Things didn't go exactly to plan on Thursday though, when the This Morning presenters were left screaming and laughing over a hilarious sunglasses mishap.

Hendricks & prawns... who AM I having lunch with?

Teasing his 2.6million followers, Phil, 58, dropped hints that he was on holiday with a familiar friend, sharing pictures of his boozy lunch of squid and cocktails.

The dad-of-four shared a shot of a gin drink, then the seafood, followed by a picture with the caption: "Hendricks & prawns... who AM I having lunch with?" 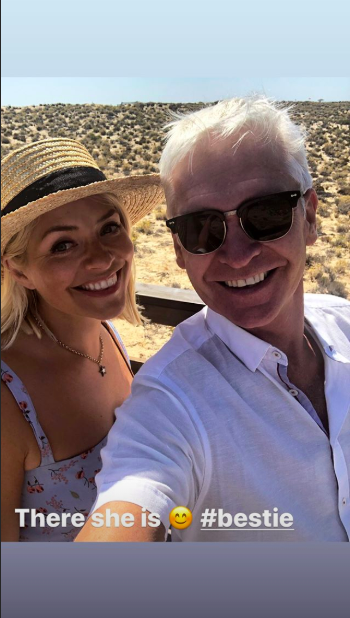 That was followed by another teasing picture, captioned: "Espresso martini and vanilla ice cream," before he finally revealed it was Holly, 38, with him. But the really hilarious moment came next, in a video of Dan leaning over a fast moving stream. 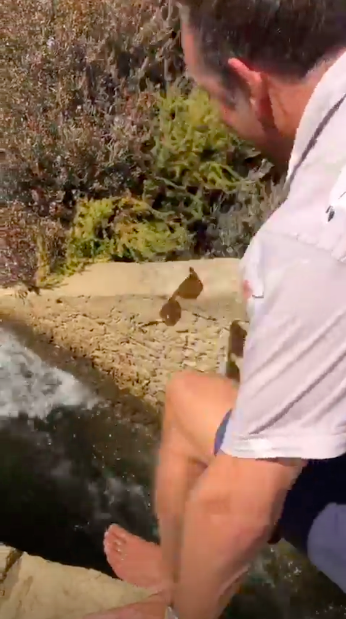 In the clip, Phil promises: "I will save you if you go in," as Holly asks: "Is it good?" Just as Dan pulls himself up, his sunglasses fall off, sailing quickly away and off into the sea as the mum-of-three screams and Dan shouts: "Arghhhh! They're expensive, noooo!"

Phil's not the only co-worker Holly's been hitting the beach with this week. 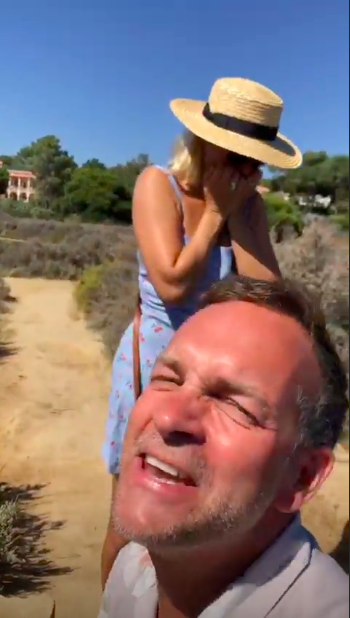 The TV producer complained that they were expensive (Credit: schofe Instagram)

The TV star - who married Dan in 2007 and shares Belle, Chester, and Harry with the producer - shared a special moment with her friend and co-host, Rochelle Humes earlier this week, as they enjoyed some time with their children.

Beside a montage of shots, showing them all running into the sea, Holly wrote: "Who knew ... when the girl you love and admire looks after @schofe when you are away and then when we finally get the time together as a family @rochellehumes ...our girls fall into sync... it’s like looking in the mirror... #girls #family #minime."

Who knew ... when the girl you love and admire looks after @schofe when you are away and then when we finally get the time together as a family @rochellehumes ...our girls fall into sync... it’s like looking in the mirror... #girls #family #minime 👯‍♀️

God, we love the This Morning stars so much. We hope you found your sunnies, Dan. If not, we're sure Phil will lend you his...

Have you ever been on holiday with a co-worker? Leave us a comment on our Facebook page @EntertainmentDailyFix and let us know what you think.