Holly Willoughby has opened up about the adorable reason her daughter is called Belle.

Speaking on Thursday's This Morning, the presenter admitted she'd named her only daughter after the main character in Beauty and the Beast, saying: "I called my daughter Belle after a Disney princess. I walked down the aisle to a song from Disney." 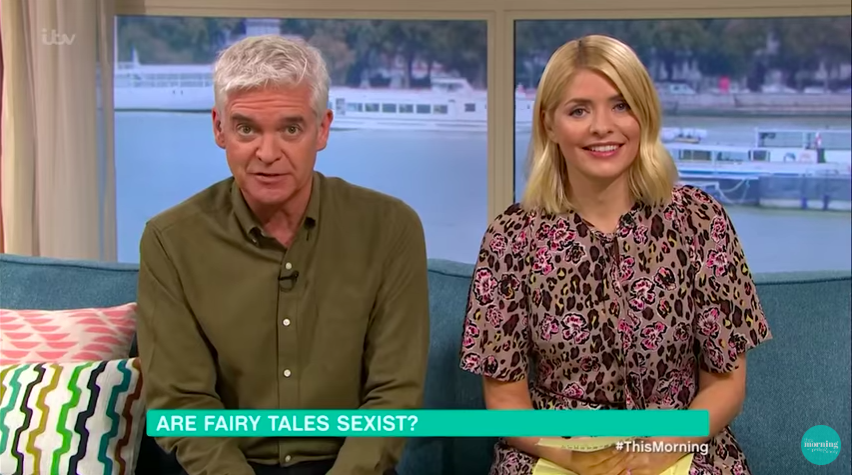 Thursday's show asked whether fairytales should be changed (credit: ITV) 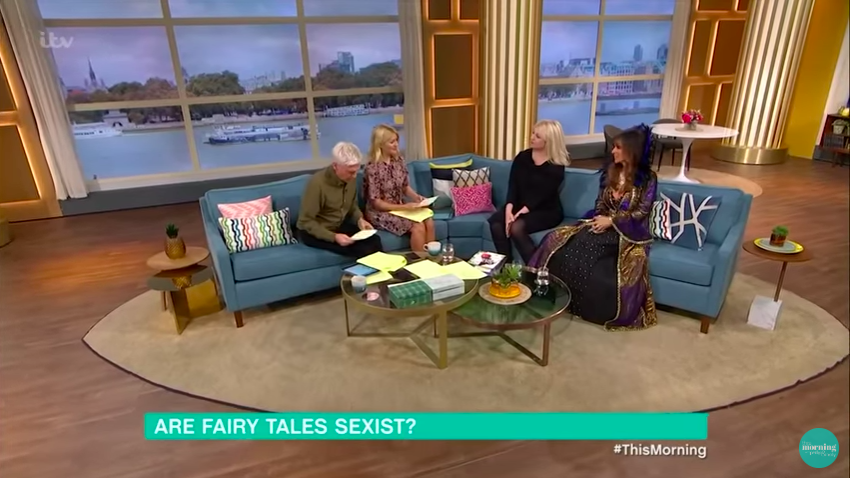 Holly walked down the aisle to a Disney song (credit: ITV)

Holly - who married producer Dan Baldwin in 2007 and is also mum to Harry, nine, and four-year-old Chester - continued: "I think in a way, is it not insulting to suggest a woman - as she grows older - can’t differentiate between fact and fiction?

I walked down the aisle to a song from Disney!

"Or that the prince might not be a prince that has come out of a castle, but to you individually the man you marry and fall in love with has prince-like qualities, because he is the one for you?"

Phil agreed with his pal, insisting: "You’re messing with tradition. You’re fiddling about with that. When are you going to stop? Are you going to think, Actually, you know what, I’m not sure we like Bronte and the relationship between men and women because that was very much of a time then. 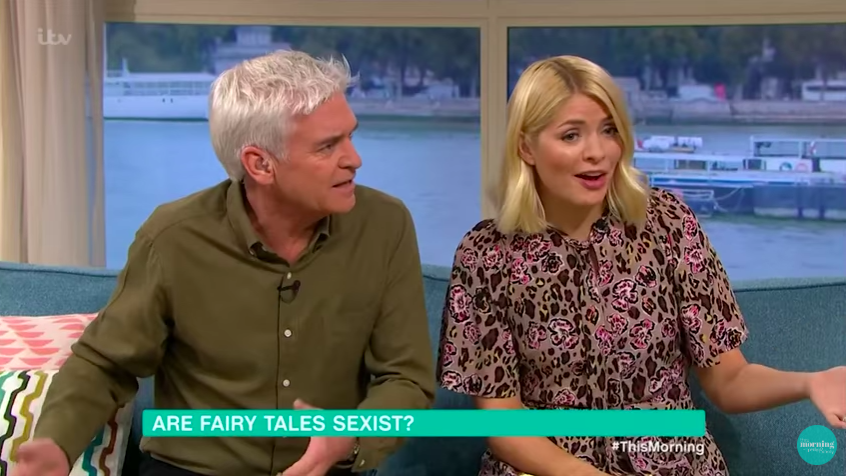 Both presenters disagreed with their guest (credit: ITV)

"I'm not sure we're happy with Jane Austen... Let's erase all our literary history!"

She may well be a princess fan, but this week Holly shocked fans with her witchy look.

The new I'm A Celeb host dressed up as The Addams Family matriarch for the annual Halloween special of Celebrity Juice.

Well it’s Halloween again on @celebjuiceofficial 🎃 ... Morticia is out to play 🦇... thank you @mrwilliamwilde for the most perfect dress! Ring by @vickisarge shoes @ginashoesofficial ... @patsyoneillmakeup and @angiesmithstudio you’re the BEST! 🖤

The TV star swapped her usual girl next door style for a rather risqué figure-hugging black dress with a plunging neckline by designer William Wilde, who specialises in latex fashion.

Fans were stunned, with one gushing: "Omg Holly look at those curves amazing stunning," while another admirer said: "Super super sexy! You look amazing."

A third wrote, "Omg didn't recognise you at first," and a fourth agreed: "Wow, is that you?!"

Another joked: "Is this how u look before the this morning makeup lady's get their hands on u?"

How cute is this story? And Holly, we think you look pretty amazing as a princess or as Morticia Addams...

Who did you name your kids after? Leave us a comment on our Facebook page @EntertainmentDailyFix and let us know what you think.