TV's Holly Willoughby was left squealing with discomfort after having a go on a "vagina-tightening" machine.

Viewers of Christmas Shopping with Keith Lemon last night saw Holly, 38, leap out of the contraption's chair after she felt alarmed by a "pulling" sensation.

The beauty treatment is said to help tone muscles - but the This Morning star was already blushing before she gave it a test run as the machine's technician explained the process can help aid improve orgasms.

Cheeky host Keith enquired: "Is Holly going to have an orgasm on television?" 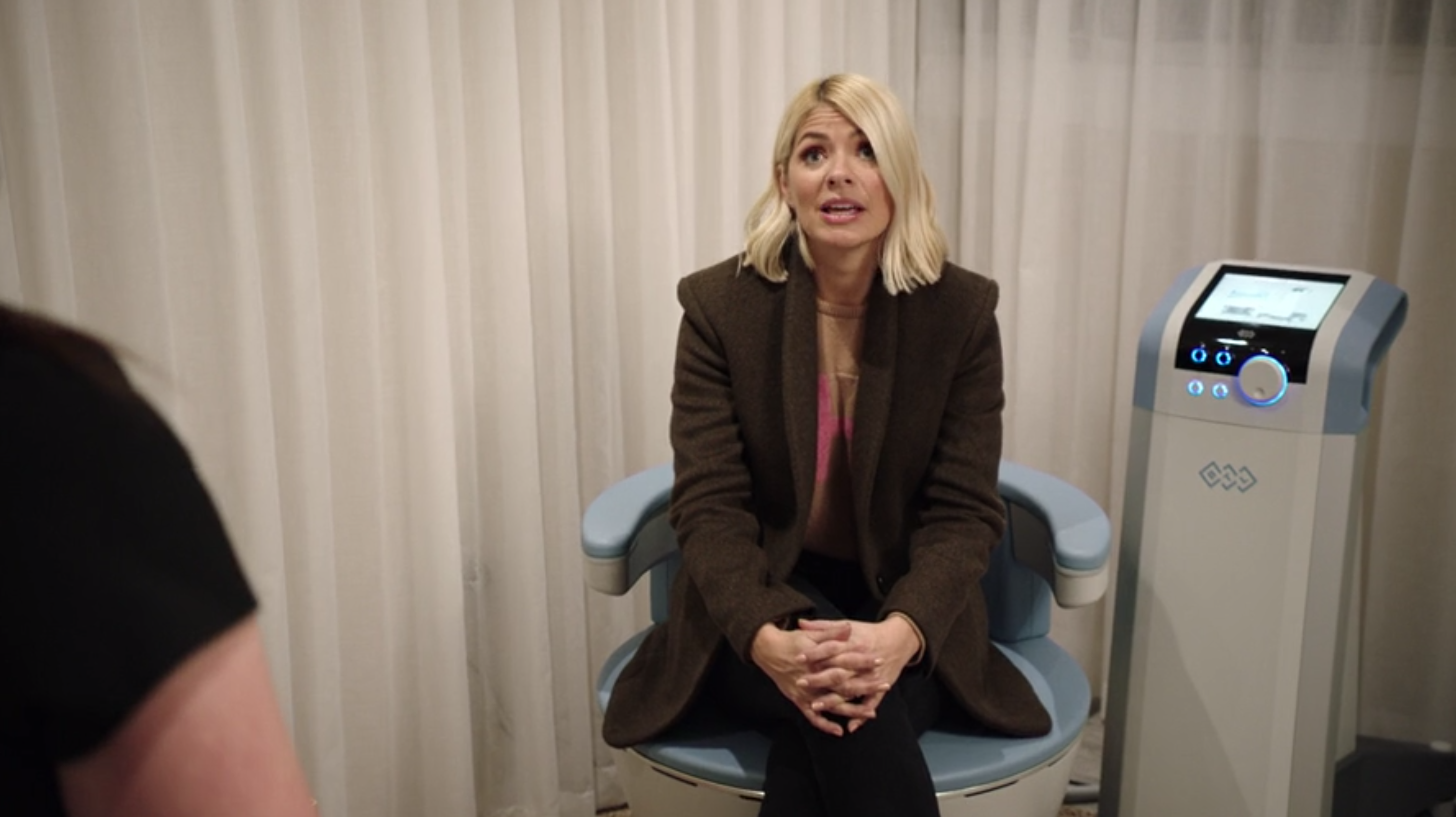 As Holly insisted that would not be happening, the technician corrected her: "If she sits a little bit more forward then she possibly could!"

However, a stunned Holly did not hang about to see whether that might happen - and was quick to vacate the chair after the machine was turned on.

"I can feel tingling, like pins and needles in your butt cheeks," she explained.

The mum-of-three protested: "Stop it, stop it, make it stop! 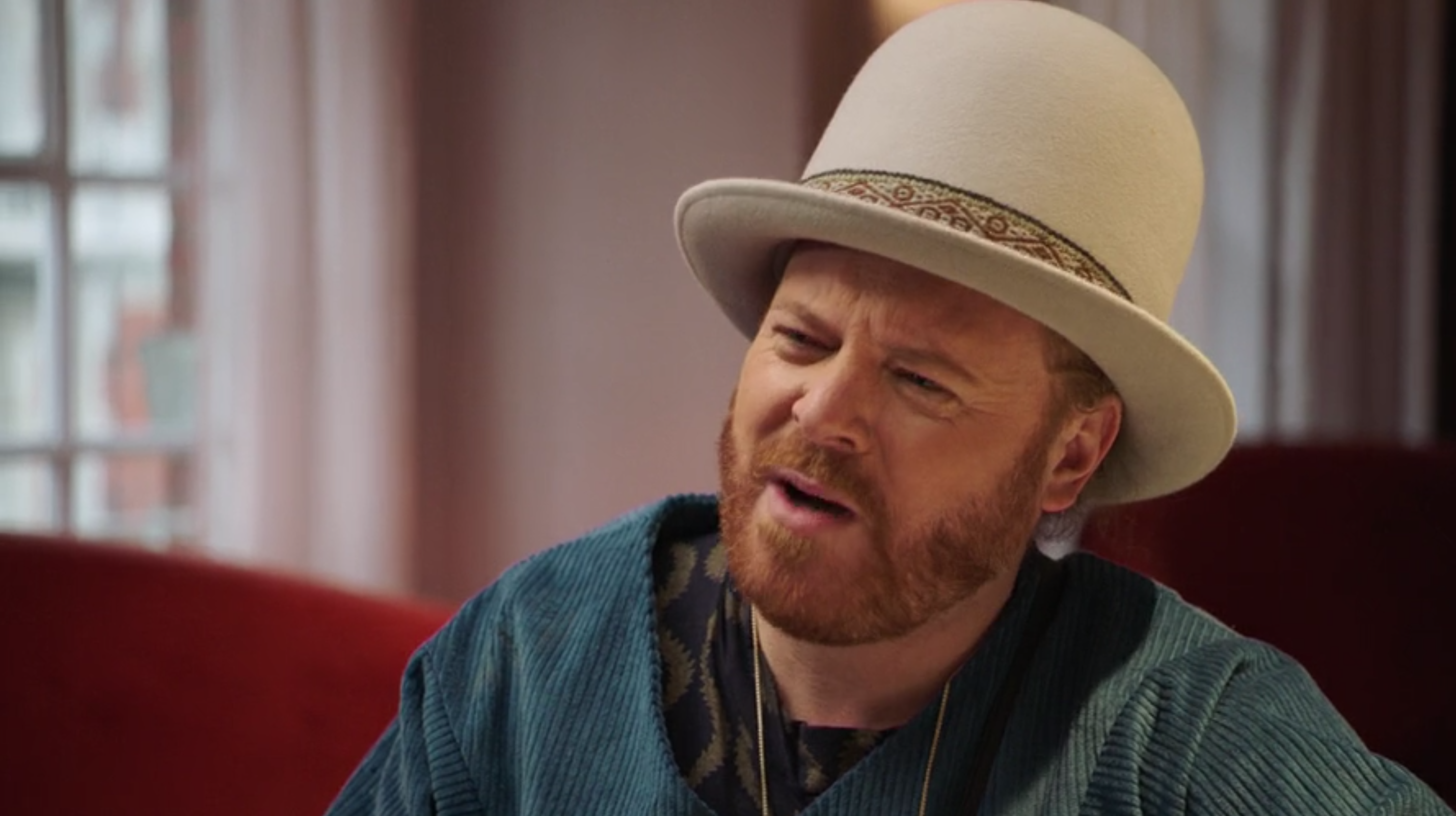 Holly was hanging out with Keith (Credit: ITV)

"It feels really weird, I don't like it! What was that?"

Gritting her teeth for a second attempt, Holly barely lasted more than a moment as she squeaked her dislike for the procedure. 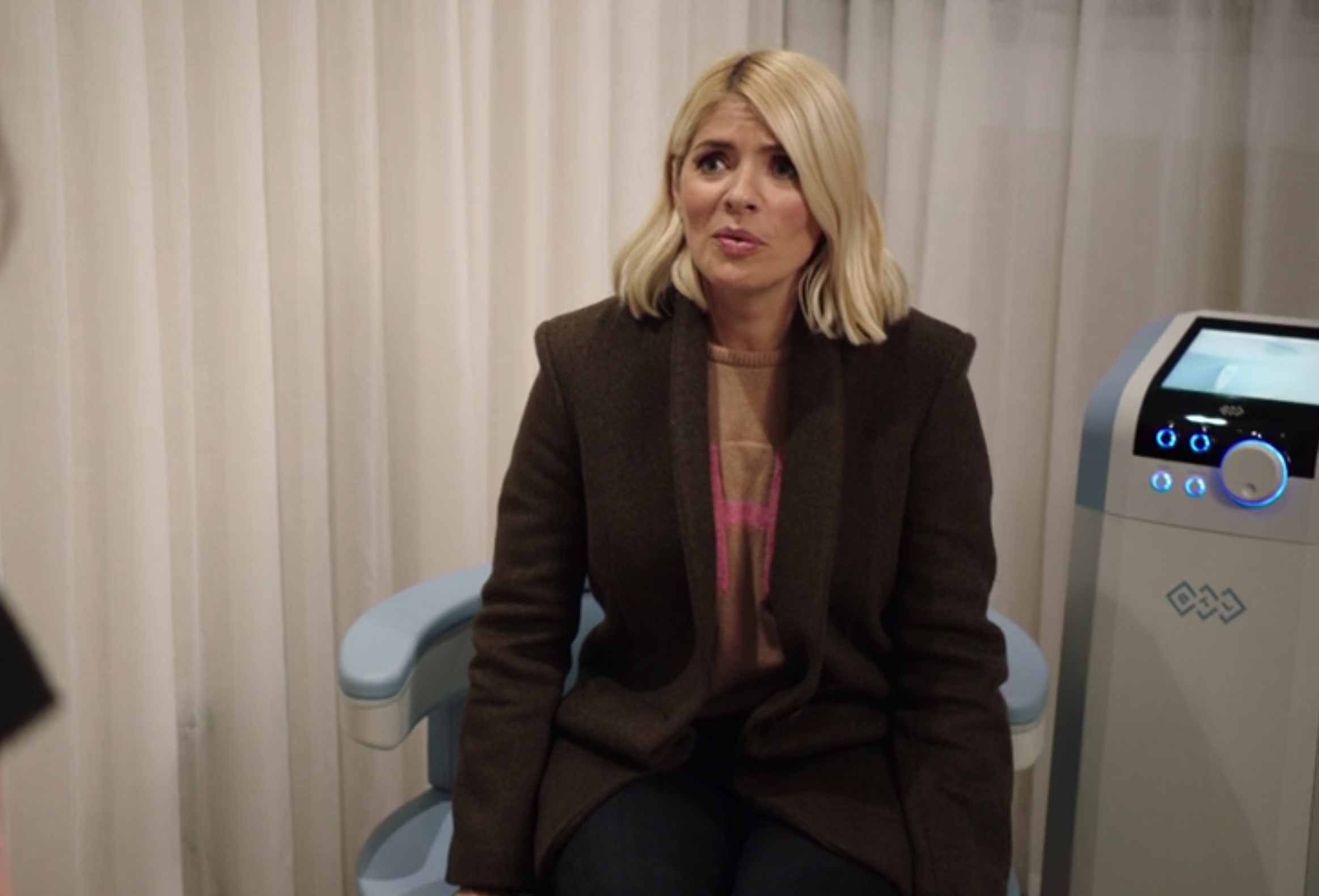 She didn't like the procedure all that much (Credit: ITV)

However, she soon offered Keith an opportunity to undergo the tightening experience himself - and chuckled as he grunted away as he was subjected to similar vibrations.