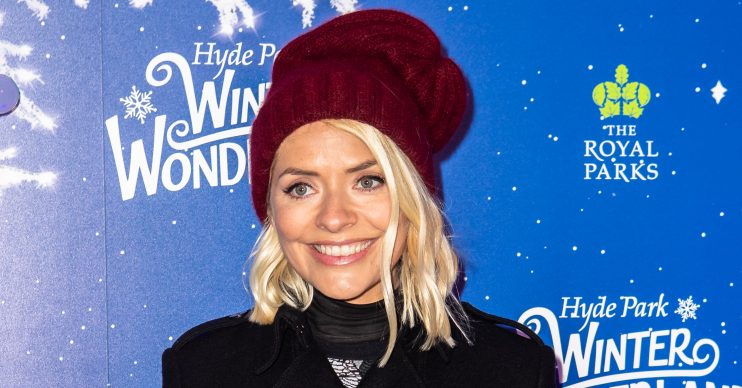 A festive night out for the star and her little ones

The This Morning star stepped away from the sofa to soak up the festivities in the capital.

Wrapped up warm for the night out, Holly wore a roll-neck top, a belted black coat and a wine-coloured knitted hat.

Harry, ten, Belle, eight, and Chester, five, were also protected from the elements, all wearing bobble hats, coats and gloves.

Read more: Zoe Ball apologises as SCD It Takes Two is forced off air due to technical issues

Holly shared a picture of the trio walking through a Christmas market towards Winter Wonderland’s fun fair rides.

She said: “Thank you for a dreamy night @hydeparkwinterwonderland.”

With hardly anyone else in the picture, Holly’s followers wondered if they had “closed the place for you”.

Read more: I’m A Celebrity viewers are all making the same joke after Nadine’s shock confession

“Did they close the place down for you?” asked another.

Thank you for a dreamy night @hydeparkwinterwonderland.

“How did you get in early?” quizzed another.

Indeed, as the fan suggested, Holly was attending the attraction’s VIP launch, with TOWIE star Gemma Collins also enjoying the festive night out.