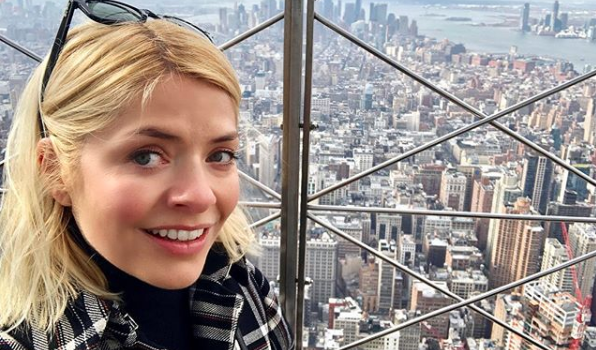 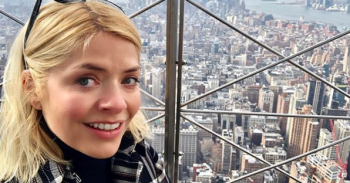 Was she away for business or pleasure?

A ‘secret’ whirlwind trip across the Atlantic has got fans worried Holly Willoughby could be set to leave the UK.

The This Morning presenter, 38, shared two snaps on Sunday that indicated she has been in New York.

However, the caption of the first image she uploaded to Instagram suggested Hols was on her way back to Blightly from the Big Apple.

And some followers have interpreted her jaunt to Manhattan as evidence she may have been lining up a new job based in the US.

“See you Big 🍏… thank you for having me… ❤️,”she commented on the selfie showing her in one of the city’s distinct yellow taxis.

She was on air from London for Thursday’s instalment of This Morning and is expected back in the studio for Monday’s episode.

A second image showed Hols had reached some dizzying heights and taken in the sights while abroad, with the star admiring the view from many floors up the Empire State Building.

However, Insta commenters immediately speculated the long haul dash back and forth meant Hols was not taking a typical short break.

“Being poached for prime time US TV?” questioned one, to no response from Holly.

“What! You were in New York? How do you do all of this?” continued another person, seemingly impressed by Holly’s ability to board a plane.

Another person presuming Holly was away for business and not pleasure added: “Slow down. You work too hard.”

Hopefully she will spill all on tomorrow’s This Morning!