It's just a matter of weeks before Holly Willoughby and Phillip Schofield arrive on the cobbles of Weatherfield.

Holly and Phil will be guest starring in an episode of the ITV soap as part of Rosie Webster's exit story.

Coronation Street has revealed the This Morning duo's scenes will air on Friday, June 8. 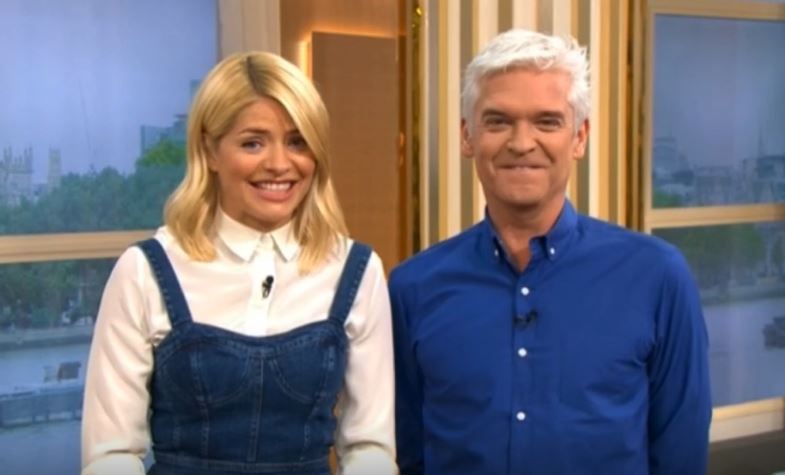 Holly and Phil's cameo on Corrie will air on June 8 (Credit: ITV)

Earlier this month, Corrie boss Kate Oaes revealed Holly and Phil will be bringing "a bit of fun" to Rosie's exit scenes.

Kate told the Metro: "Phillip Schofield and Holly Willoughby are coming in for a bit of fun and part of Helen Flanagan’s exit story.

"We’re kind of replaying a bit of a trick we have used before because Rosie has already been on shows but it will be great comedy." 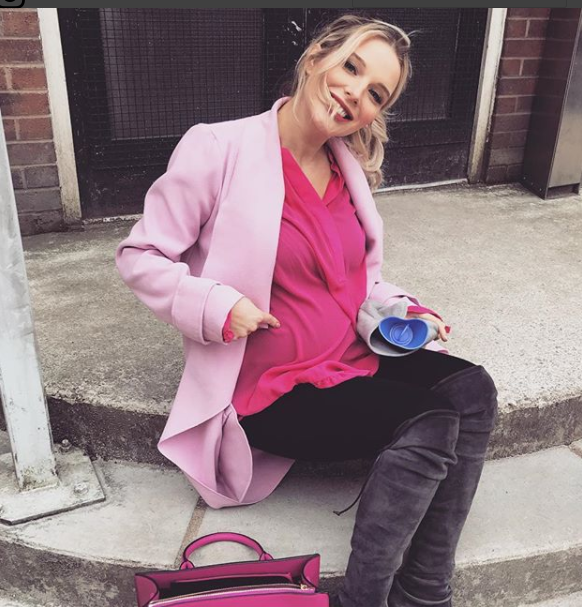 Helen is currently pregnant with her second child (Credit: Instagram)

Kate revealed Phil and Holly will play themselves in the scenes.

Philip Schofield and Holly Willoughby are coming in for a bit of fun and part of Helen Flanagan’s exit story.

"I had a couple of hopes where I thought I could get them to slightly play against type!" she explained. "They’re such good sports – I am very happy."

Helen is expecting her second child with partner Scott Sinclair.

The actress recently told Loose Women that her exit scenes will be "hilarious."

"I'm going out in very much a Rosie style - the storyline is hilarious," she explained. "But I have enjoyed that about my character, doing comedy has been great."

Meanwhile, Holly admitted she's "so nervous" about the upcoming cameo.

During an episode of This Morning on May 8, Phil revealed that he and Holly had received their scripts and were just about to film their scenes.

Talking with This Morning's Queen of Soaps Sharon Marshall, Holly said: "I'm so nervous, can I just say."

Flicking through the script pages, Phil teased his co-presenter saying: "Look at all your lines!" 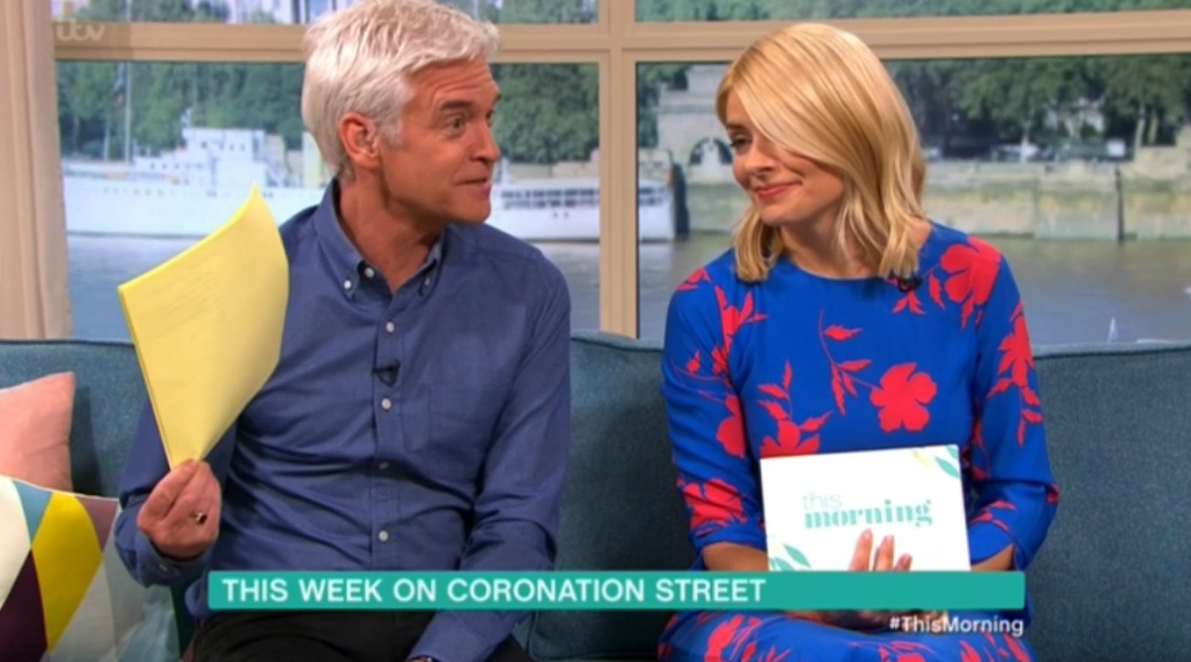 Holly admitted she's nervous about her cameo on the soap (Credit: ITV)

"I know!" Holly shrieked. "I'm not very good at this sort of thing."

We can't wait to see these two on the cobbles.

Are you looking forward to seeing Holly and Phil on Corrie? Leave us a comment on our Facebook page @EntertainmentDailyFix and let us know what you think!