Fans are convinced that Holly Willoughby is pregnant as she turned down a shot live on air.

It’s not like our Hol to refuse a drink – she and Phillip Schofield are known for loving a tipple now and again.

Don’t forget the time Piers Morgan revealed Holly had vodka underneath her desk!

Alongside Phil, Holly was going through a selection of Christmas gifts when she was offered a shot. 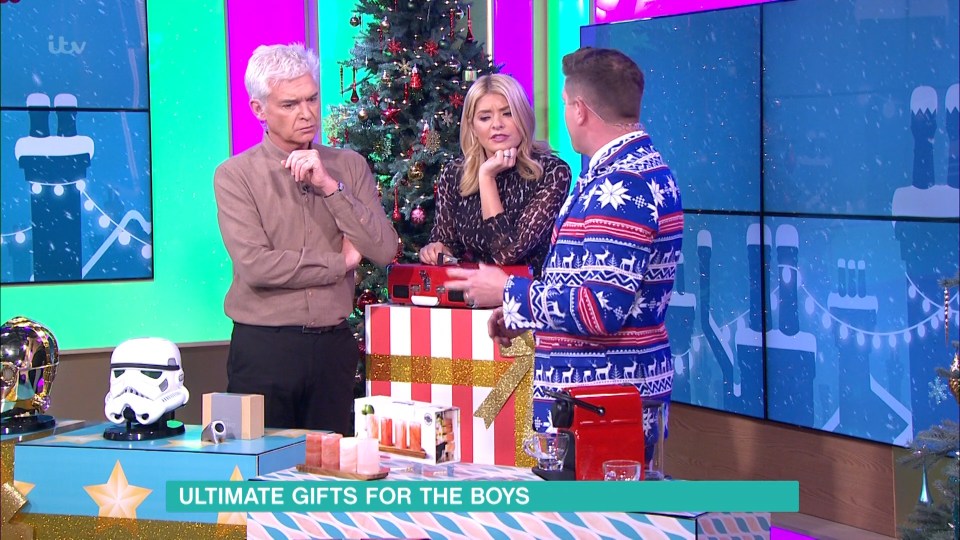 Phil wasted no time and knocked his back, while Holly said: “It’s not my thing.

“I don’t know why you would think that.”

Holly put the glass to her lips, but pulled away before taking a sip.

The blonde beauty then made a shocking baby announcement that has got everybody SO excited!

She told viewers: “We may have a baby born on the show tomorrow!”

WHAT?! You didn’t even tell us you had a bun in the oven Holls – haha!

However, the former model quickly put rumours to bed by saying: “I’m going down to a hospital to hang around and see what happens really.” She isn’t pregnant guys, calm down.

She is in fact going to a hospital for a maternity segment where she may help deliver a newborn.

“We know one is born every minute but we’re hoping one will be born on the show and I’ll be on hand to witness it.

“I am going on to a maternity ward and hopefully someone will let me speak to some women who are in labour to get a vibe of what it is like on a ward.” She admitted she’s never seen another person go into labour before.

“There may well be a baby born on This Morning!”

Holly is already mum to Belle, Chester and Harry with her producer husband Daniel Baldwin.