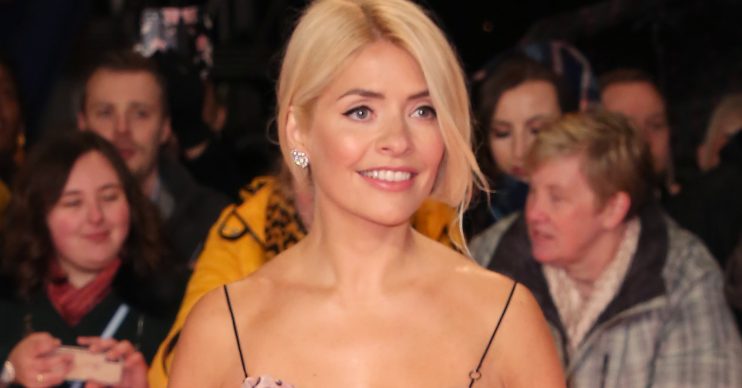 It's not the first time fraudsters have used her photos

The This Morning star, 38, is said to have had her selfies used, without her consent, on advertisements for weight loss supplements appearing on Facebook.

The Sun claimed scammers took pics from Holly’s Instagram page and used them on fraudulent posts about diet supplements.

One of them, screenshots of which were included in the report, said Holly’s family and fans were “worried” about her decision to take the pills.

Another misleading ad claimed Holly said her mum was “truly worried” but she kept on telling her “this is actually good for me”.

A third ad, similarly, claimed Holly’s family was worried as she was losing weight too fast.

ED! has reached out to Holly’s reps for comment.

It’s not the first time the star’s image has accompanied dodgy adverts.

In 2017, an ad for ULTRAPur Wild Raspberry Ketone featured a photo of Holly in a bikini and she was said to have been fuming, as she had no link whatsoever with the pills or the company selling them.

Those behind it claimed the mum-of-three got her incredible figure with the help of their products, writing in a blog post on their website: “Without a doubt, Holly Willoughby looks as fantastic as ever, and Raspberry Ketone was the key.”

Holly’s figure became a talking point in 2014 hen she appeared to slim down following the birth of her third child, Chester.

But she’s always refrained from discussing her weight loss, revealing why in an interview last month.

She told the publication: “I very deliberately don’t talk about it. Just because I don’t think it’s helpful to the conversation for women generally. As long as you are healthy and happy, that’s really all that matters.

Read more: Holly and Phil get the giggles as they mock Prince Harry over his baby announcement

“I just didn’t want to do that. It’s a personal thing for me, and I think that people get obsessive with it.”

Speaking further, Holly said she’s interviewed parents who have lost children to the eating disorder anorexia and they’ve told her: “It doesn’t help that there’s such a fascination with weight at the moment”.