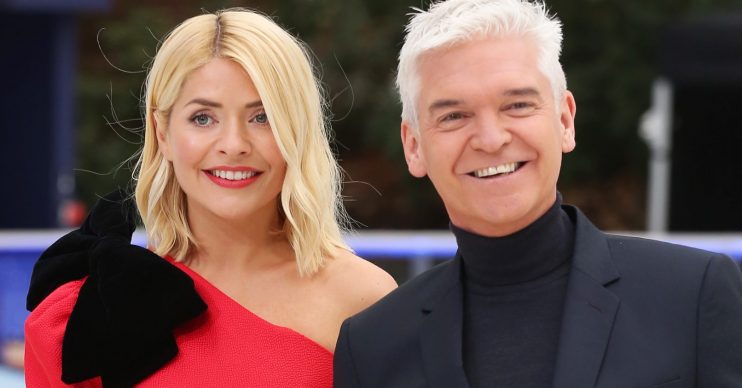 She says it would be "impossible" to fake their chemistry

TV’s Holly Willoughby has hit back at claims she is engulfed in a feud with her This Morning and Dancing On Ice co-host Phillip Schofield.

Last year, the silver fox hit the headlines amid claims a number of staff at This Morning had complained of a “toxic” atmosphere behind the scenes.

Ruth Langsford was even said to have made an official complaint against Phil.

Now mum-of-three Holly has hit back at the claims and said that it would be “impossible” to fake her on-screen chemistry with Phil.

The presenter told Closer: “It’s funny, because we knew this would probably come up. Actually, it’s been quite an easy one for us, because there’s nothing to defend.”

She continued: “We ring each other and talk to each other all the time anyway, about this and other things.”

Holly added that she isn’t “that good an actress” and what you see on screen is very much a real friendship.

“We know what we’re like. It would be impossible for us to fake the giggles. I’m on the telly for two and a half hours – let me tell you, I’m not that good an actress. If I was, I’d be doing something else,” Holly said.

Phil previously hit back at claims of backstage tension between the pair.

It would be impossible for us to fake the giggles. I’m on the telly for two and a half hours – let me tell you, I’m not that good an actress.

He said: “It’s a shame. We are so open on the show and online, and we go on holiday together.”

Phil added: “Holly is the sister I never had. We think at the same speed. The atmosphere in our studio is so wonderful.”

Holly’s comments come as it was claimed there was more drama backstage at This Morning as she and Phil were said to be the only presenters given a pay rise during ITV’s recent scheduling shake-up.