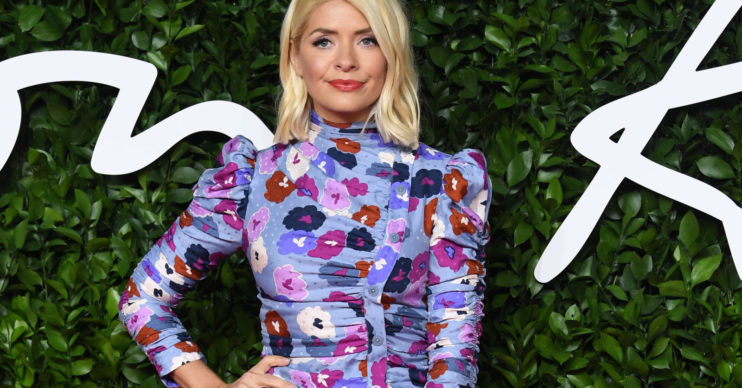 Holly Willoughby has left fans in complete awe after sharing a stunning shot of herself underwater.

The This Morning host, 39, updated her 6.8million Instagram followers on her summer break as she channelled her inner mermaid.

The photo shows Holly swimming towards the camera in a black swimsuit and gold jewellery.

She captioned the shot with a simple mermaid emoji as her blonde hair floated in the water.

Fans rushed to compliment the post, with one writing: “Absolutely stunning!!”

Another said: “Holly is the definition of a beautiful human. Inside and out god damn 🔥 .”

It’s certainly been an eventful few days for Holly, who recently celebrated her 13th wedding anniversary with husband Dan Baldwin.

The TV favourite marked the occasion with a rare snap of their 2007 wedding day at St Michael’s Church.

Since then, the pair have welcomed children Harry, 11, Belle, nine, and five-year-old Chester.

Paying tribute to Dan yesterday (August 5), Holly said: “Yesterday marked 13 years since this photo was taken… I love you so much Daniel… totally blessed… my absolute 🌎 ✨💗 .”

Read more: Phillip Schofield stunned as he still fits into work clothes from the 80s

She accompanied the sweet message with a photo of herself and Dan during their first kiss.

Holly wore a huge veil in the throwback shot, while Dan’s eyes were closed.

Holly hosted her final This Morning with Phillip Schofield ahead of their summer break last month.

Following the show, Holly shared an emotional message and thanked Phil for the past year.

She said: “Thank you …. thank you for staying with us over the last 109 days… When we began this new way of broadcasting, we had no idea how long we would be able to come in, or whether it would be our last time broadcasting from the studio during lockdown.

“The team have adapted and had plan a, b, c and d in place just in case… Some days we didn’t know If we’d have the content to fill the show, but somehow we always managed it and even had a few laughs along the way.”

Despite the break, Holly has continued to update followers on her life online.

As well as treating fans to a stunning make-up free selfie, she also recently debuted her new longer hair.