Viewers of tonight's Celebrity Juice will see Holly Willoughby squirm as host Keith Lemon puts her under pressure to admit she's "experimented" with the same sex.

Keith, egged on by Spice Girl Mel B, can be seen asking the presenter: "Holly, have you ever experimented?" To which the bubbly blonde replied: "No!" 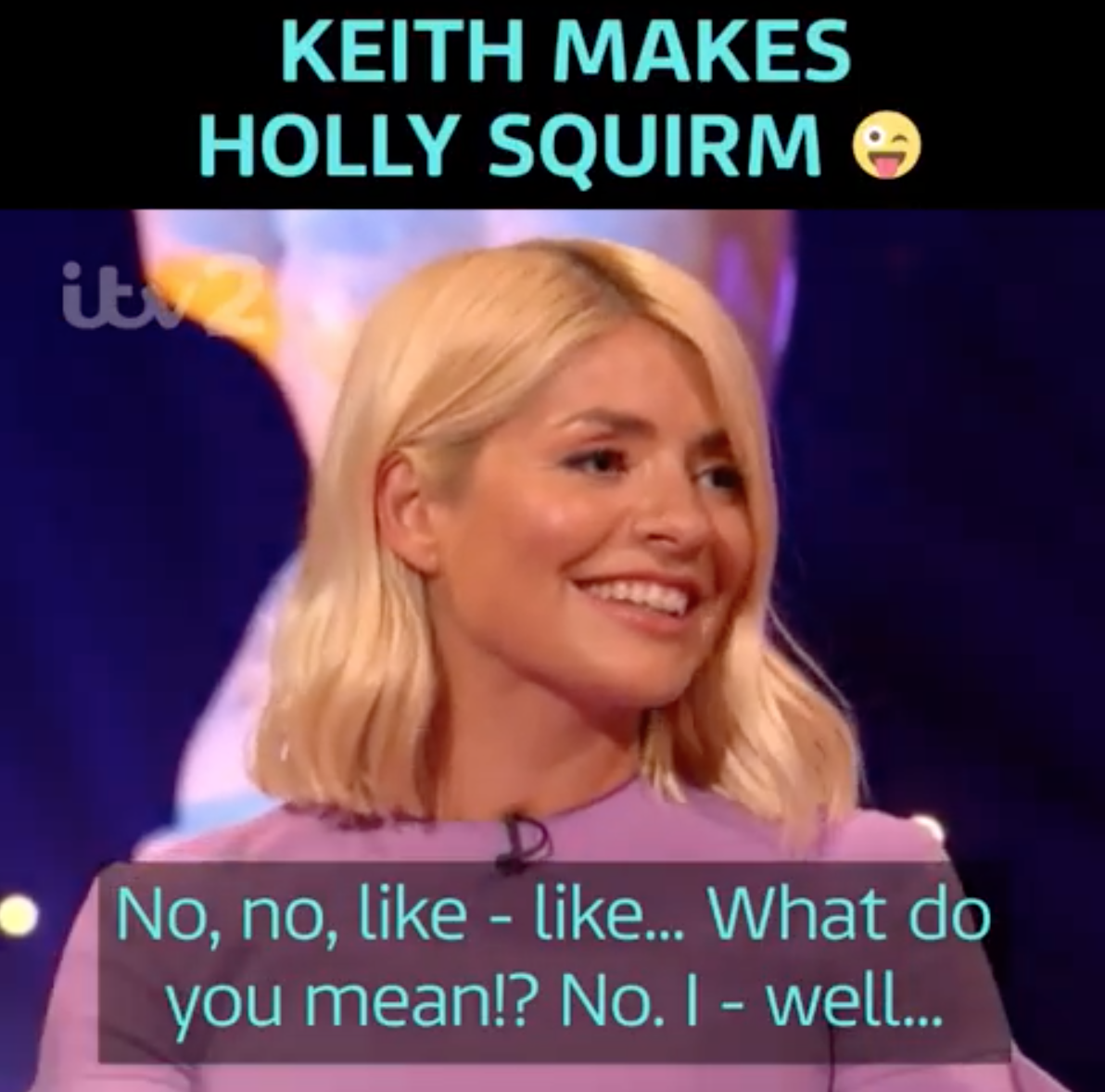 Keith was full of probing questions for Holly (Credit: Instagram/ITV2)

Confused by the line of questioning, fellow Juice star Paddy McGuinness asks: "What do you mean, experiment? What are you on about?"

Clearing things up, risqué Keith confirms: "Well, getting off with your own sex."

"No, no, no I haven't," Holly added, but Keith continues: "Have you ever kissed the sweet lips of a lady?" 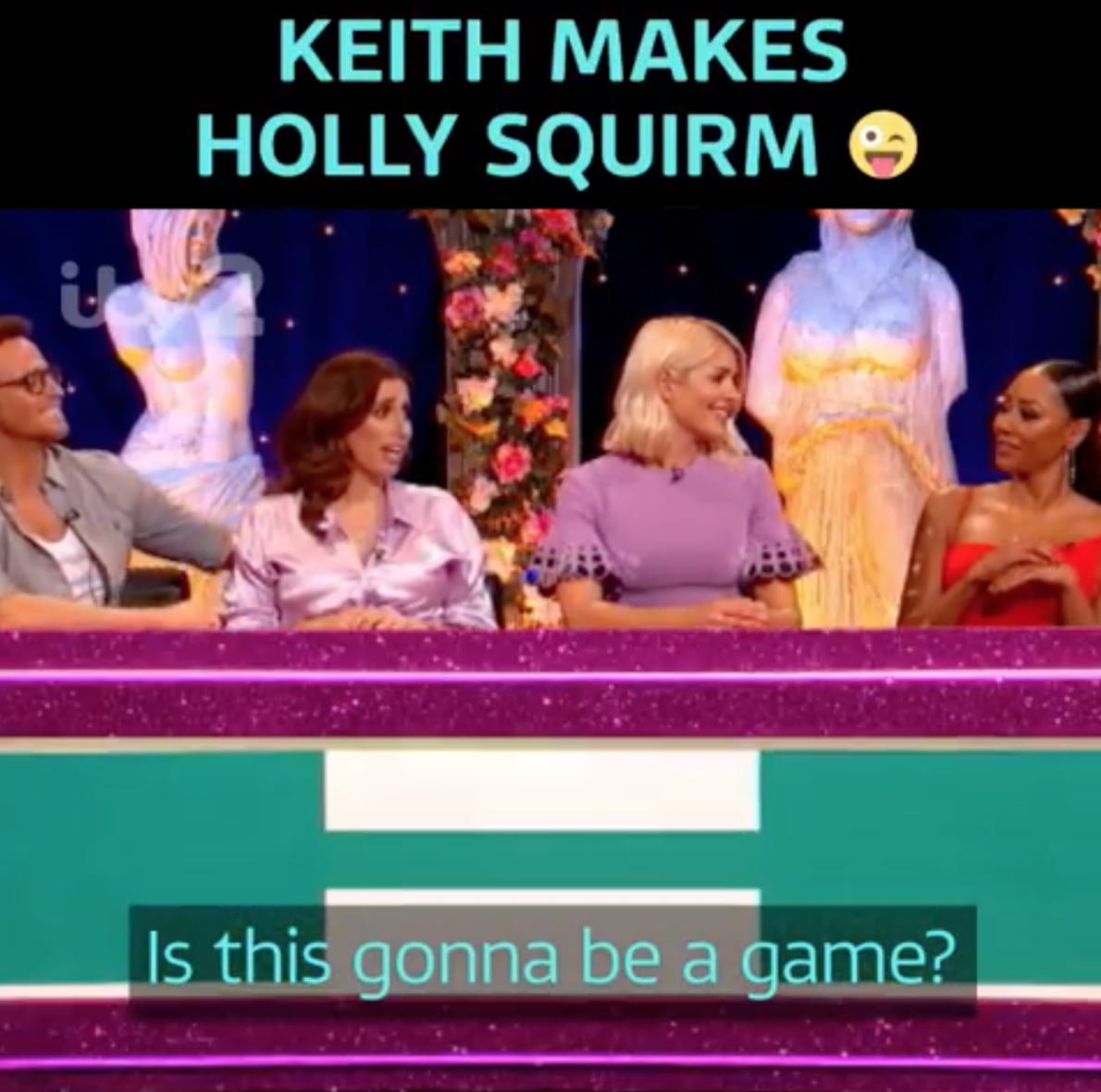 A worried Stacey Solomon asked if it was "gonna be a game" as Mel B egged the host on (Credit: Instagram/ITV2)

Clearly worried, guest Stacey Solomon pipes up to ask: "Is this going to be a game?"

But the real fun started when Mel B branded Holly a liar.

Mel – who recently revealed she had an fling with Geri Horner in the early days of the Spice Girls – says to Holly: "Don't lie." 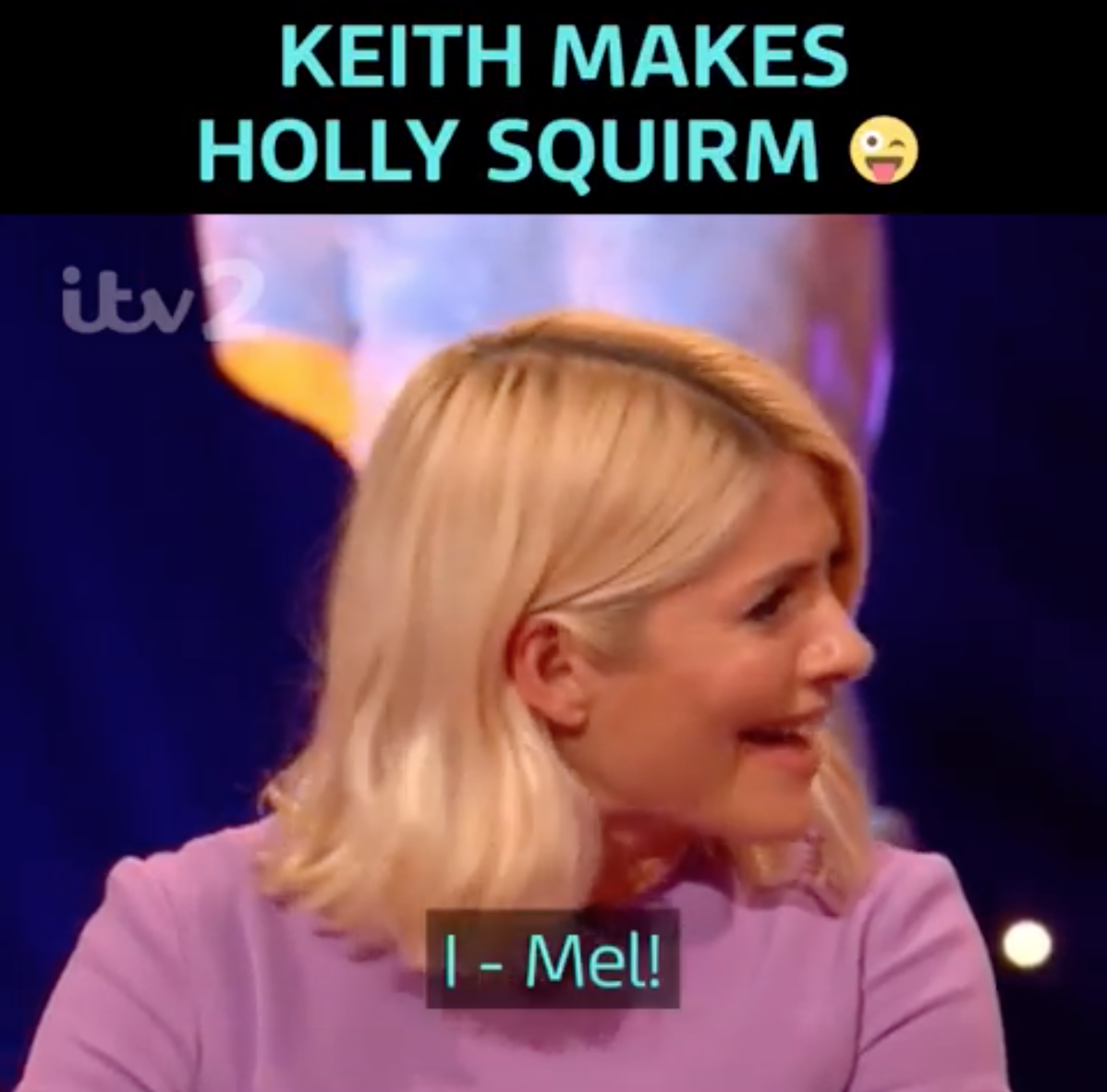 Holly squirmed as she told Mel off (Credit: Instagram/ITV2)

Clearly squirming, Holly stumbled over her words and said: "I… Mel! No, no… like what do you mean? No!"

A disbelieving Mel laughs and comments: "Your voice has gone really high." 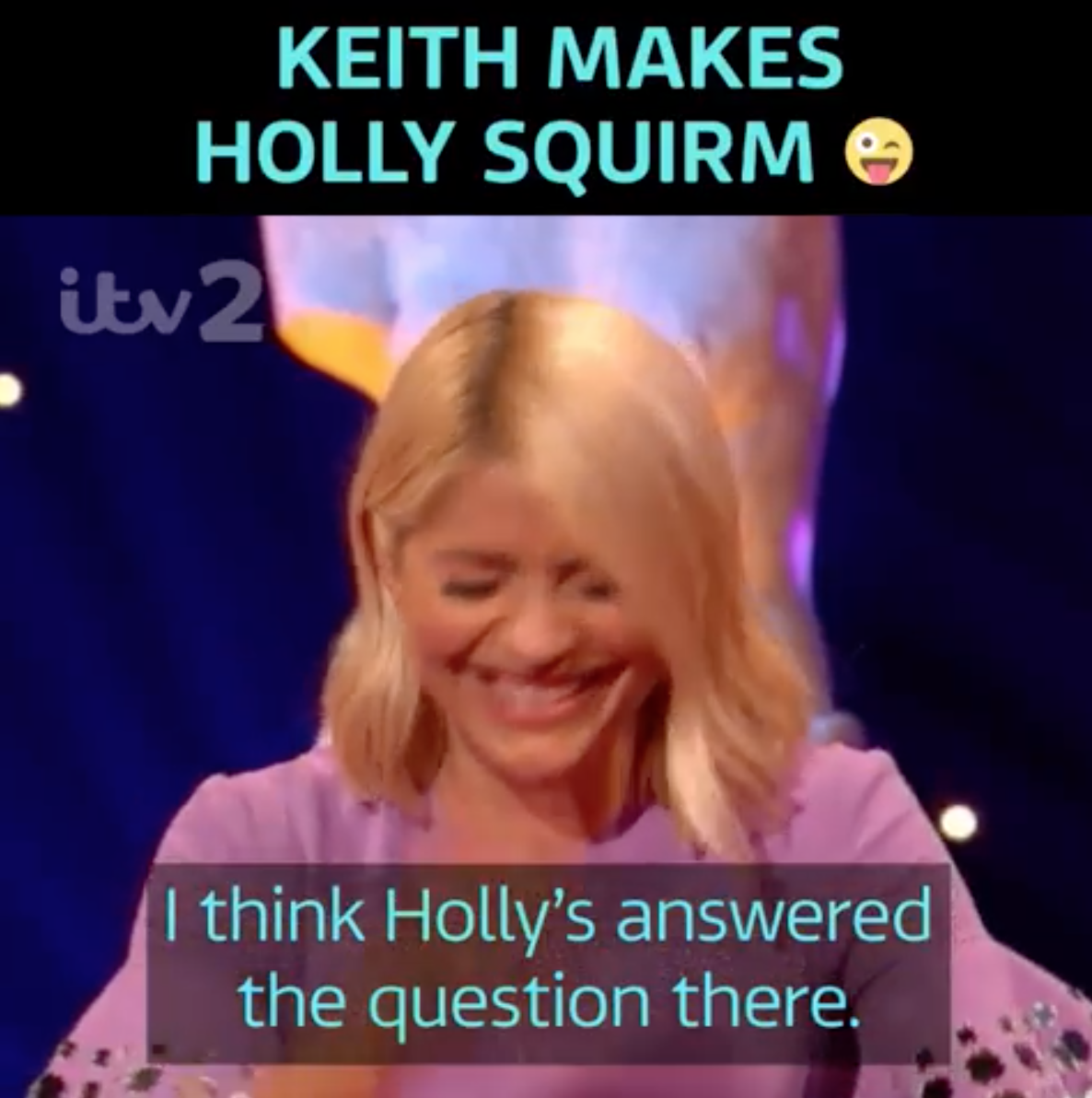 Holly giggled and put her head in her hands as Keith quipped that she'd "answered the question" (Credit: Instagram/ITV2)

Winking to the camera, as a giggling Holly put her head in her hands, Keith quipps: "I think Holly has answered the question there."

Catch all the Celebrity Juice action on ITV2 tonight at 10pm, with Joe Swash, Marvin Humes and Susanna Reid also joining in the riotous fun.