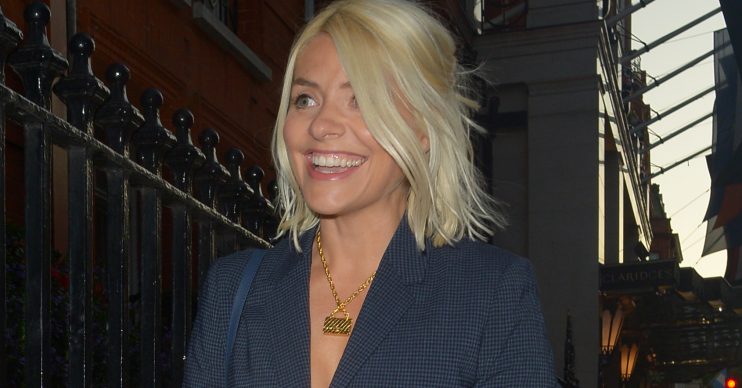 She's enjoyed some time off from This Morning

Presenter Holly Willoughby has given fans one last glimpse into her blissful half-term break away with her family.

Fans were recently blown away by a peek into her private life after she shared a selfie from a beach as the sun set below a shimmering sea behind her.

And now she has afforded her followers another intimate look with a snap of her three kids as they prepared to make their way home from their holiday.

“Sun, sea and sandcastles… goodbye for now,” Holly captioned the photo which has been Liked tens of thousands of times in a few hours.

Commenters were keen to know where the family had travelled to for such a wonderful beach view, with many speculating Holly could have been in locations as wide-ranging as Portugal to Norfolk.

But even more were surprised to note just how much it appears that her young brood are growing, with several observing her “babies” are ‘shooting up’.

“They all look so grown up!” one person remarked about Harry, 10, Belle, eight, and Chester, five.

“Wow, beautiful picture. Your children are growing up. X,” echoed another Insta user.

A third person remarked: “Wow they look so big now!”

And yet another contributed: “Wow they’ve shot up.”

Holly and her ITV daytime co-star Phillip Schofield, 57, have not been on screen for the past week to enjoy the school break with their families.

Presenters Eamonn Holmes and Ruth Langsford – who normally host This Morning on Fridays – stepped in to cover them, with telly legends Richard Madeley and Judy Finnigan filling in for the Friday slot.