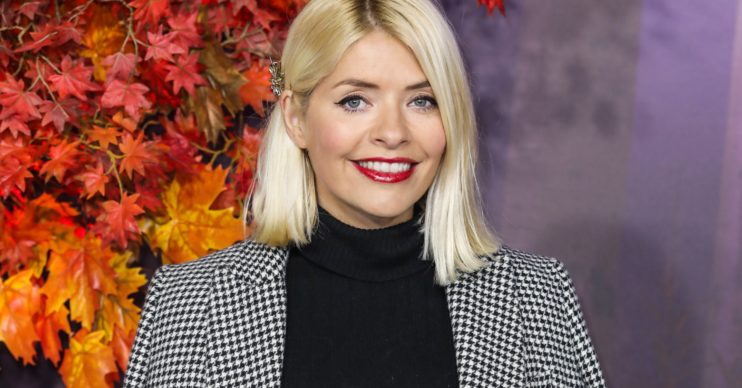 She shared her tips and tricks

She spilled the beans while showing fans how to dye their own hair at home.

The This Morning star, 39, revealed she accidentally dyed her hair red after experimenting with spray in bleach.

The next instalment of #VogueNightIn sees @HollyWilloughby join #BritishVogue beauty and lifestyle director @JessicaDiner for an at-home pampering session in their respective bathrooms during the nation’s lockdown. Watch to see how Holly tackles DIY hair dye using @GarnierUK’s Nutrisse Crème shade 10.01 (and shows Jess what she would look like as a blonde using Garnier’s Virtual Try On tool), while Jess treats her neglected lengths to a nourishing at-home hair mask and shares her skincare favourites.

“I went red by accident when I was much much younger and you want to experiment with your hair,” she said.

Holly made the confession to Vogue’s beauty and lifestyle director Jessica Diner during a video call.

She continued: “I’d gone blonde by using one of those beach spray blondes…

“So I came back home and was like ‘Oh I’d better just put this dark hair dye over the top.’

“And obviously, I’m not a colourist but that was disaster, it didn’t go brown it went red. And not a nice red and I had to stay like that until the colour grew out.”

Holly was trying out a new tutorial as part of a promo for Garnier with Vogue magazine.

She went through the process of dying her hair at home.

Making sure you are safe

“For anyone that’s home colouring for the first time, remember to do a patch test,” she said.

“As everyone’s different, everyone’s skin reacts differently. So just a little patch test 48 hours beforehand. Just to make sure you are safe.”

However, she joked that she wasn’t happy with her appearance.

Holly said: “I mean I look fit right now, but I’m going to be a beautiful blonde by the end of this.

“I look like… have you ever seen a cat when it falls in the bath and it looks like it’s got a really tiny head.”

She also shared some of her skincare secrets.

Among other things, Holly revealed that she often doesn’t have time for routines such as facials.

But she said that was changing as she approaches 40.

“I’m going to be 40 next year so me looking after my skin is really important,” she said.

Will you be following Holly’s tips or are you waiting until the salons are open again? Go to our Facebook page @EntertainmentDailyfix and leave a comment to let us know.