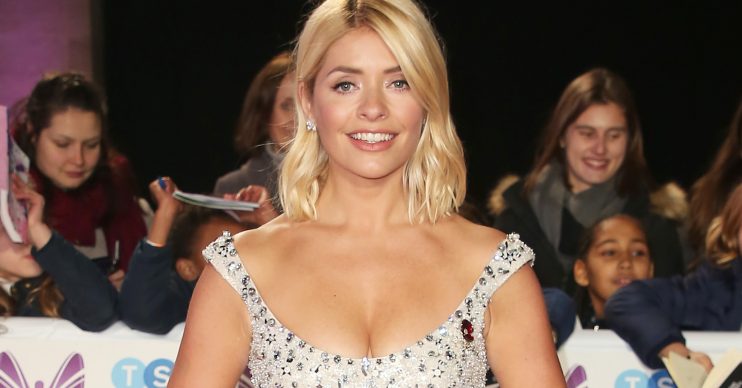 Her fans couldn't get over the cute picture

Holly Willoughby has shared an adorable throwback photo of herself and her sister Kelly when they were children.

The This Morning presenter posted the snap to Instagram on Tuesday which showed the pair standing next to a royal beefeater at the Tower of London.

Holly, 38, celebrated Kelly turning 40 as she branded her sister an “earth angel”.

Fans loved the sweet picture, with many gushing how cute Holly and Kelly were.

A third commented: “This is so darn cute, happy birthday beautiful @ladywilloughby.”

At the weekend, Holly celebrated her I’m A Celebrity TV BAFTA win with her big sister.

The star stepped in for Ant McPartlin to present the last series of the popular reality show, which scooped the Best Reality & Constructed Factual Award at the event, held at the Royal Festival Hall.

Ahead of the ceremony, Kelly shared a photo of herself and Holly and wished her sister luck.

Holly later shared a picture of the siblings backstage with the star’s BAFTA and said: “Just dreamy sharing tonight’s @bafta with my sister @ladywilloughby.”

The TV host also said it was good to be reunited with I’m A Celebrity star Medic Bob.

She added: “Miss that dude.”

Holly presented I’m A Celebrity alongside Dec Donnelly while Ant took most of last year off to focus on his recovery following his drink-drive arrest and stint in rehab.

During the Baftas on Sunday night, Dec thanked Holly for stepping in and helping him on the show.

Just dreamy sharing tonight’s @bafta with my sister @ladywilloughby and also being reunited with Medic Bob! … miss that dude! 🙌🏻

He said: “Thank you Holly for helping me out last year. You did a fantastic job standing in for Ant, who has reluctantly come up here tonight.”

Dec added: “He’s still part of the team as well. Thank you Bafta this is a wonderful surprise have a wonderful evening.”

The Britain’s Got Talent presenter also hinted Holly could return in the future, even though she said in December that her stint on the show was an “a one-off, once in a lifetime adventure”.

Speaking to Hello! magazine at the Baftas about the possibility of Holly returning, Dec said: “That’s kind of down to her I suppose [if she wants to come back], she was fantastic out there last year.

“She made it clear that she’s seen it as a one-year thing so I don’t think she’ll be back this year – but you never know, there’s plenty of time between now and then.

“Holly came in and did a fantastic job, and she loved it and we loved having her. It had a differently feel to it this year but it was really fun.”