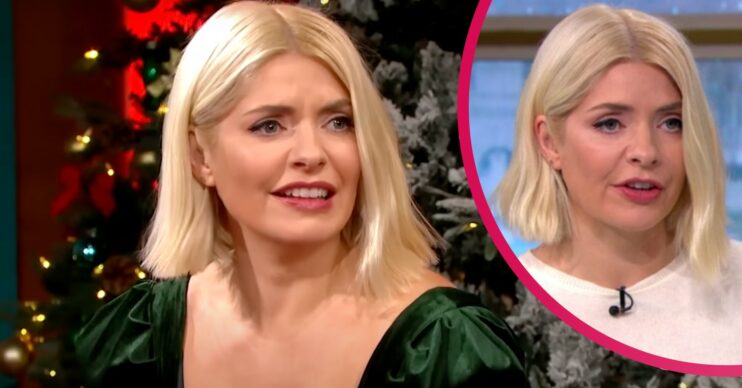 Holly Willoughby claims she knew she’d be a household name back when she was a child, thanks to an eerie prediction from a psychic.

The 40-year-old presenter revealed what the fortune-teller told her all those years ago during a recent episode of her podcast.

What did the psychic tell Holly Willoughby?

Holly welcomed Michael McIntyre onto her podcast, By The Light of the Moon this month. During the podcast, Holly and Michael discussed their experiences with psychics.

It was at this point that Holly bought up the fact that a fortune teller had predicted her rise to fame, back when she was a child.

“When I was younger I remember going to, I think it was either Eastbourne Pier or Brighton Pier, I can’t remember,” she said. “There was a psychic lady at the end. My mum took me and my sister to go.”

The star then revealed what the fortune-teller had told her.

“We just fobbed her off thinking she probably literally says this to absolutely every little kid who walks in because it’s just a nice thing to say,” she confessed. “Weird though, eh?”

What else was said on the podcast?

Holly’s guest on the podcast, Michael, claimed a similar sort of thing had happened to him, though indirectly. The 45-year-old comedian claimed that when his mother was pregnant with him, she was told her baby was destined for great things.

He then went on to say that finding out about that gave him a “bit of confidence”.

“I think having that information when I was young…it gave me a little bit of an inner glow and a bit of confidence to go, ‘Yeah I am,'” he said.

“It made me feel quite good about myself. Like I had a secret that great things were going to happen.”

He admitted, however, that this confidence is probably what helped him fulfill his “destiny”, not the fact that a psychic said he would.

However, he said believing in things like that is a “lovely way to be”.

What else has Holly Willoughby been up to recently?

After a couple of weeks away, Holly and Phillip Schofield returned to screens to host the This Morning Christmas special on Saturday.

The special episode, which aired on Christmas Day, certainly wasn’t without incident. At one point during the show, Holly made her co-host cry thanks to a heartwarming gift she got him.

Holly recorded a poem with Tom Foolery for Phil, leaving her co-host in tears.

Elsewhere, Gino D’Acampo was slammed by viewers for an inappropriate comment he made towards Holly during a Christmas party game.

Holly was also reunited with her new pup, Bailey, on the show, as he bounded onstage to cover the 40-year-old in kisses.

What do you think of Holly’s experience with the fortune-teller? Leave us a comment on our Facebook page @EntertainmentDailyFix and let us know!