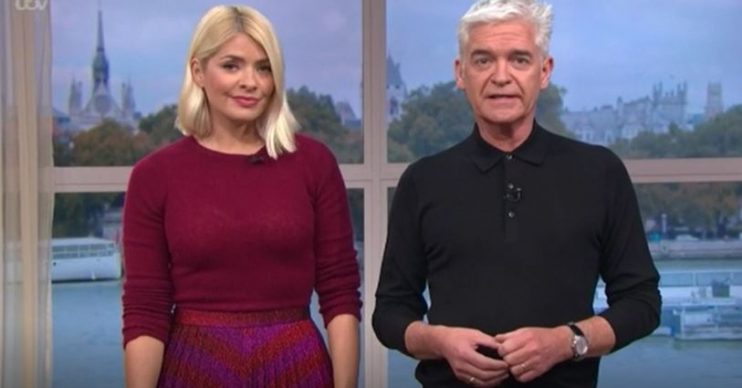 The comments come amid rumours of a feud

TV’s Holly Willoughby has revealed that she is prepared to quit This Morning, should her co-host Phillip Schofield leave the show.

Phillip is currently at the centre of a media storm, with rumours that he is feuding with co-stars including Holly.

Ruth Langsford is even said to have made an official complaint about the silver fox.

Now Holly has opened up to her pal Keith Lemon as part of his new show, Christmas Shopping With Keith Lemon.

The Daily Mail reports that Keith asked what Holly would do should Phil ever decide to leave ITV’s daytime show.

And, she admitted, that she can’t ever see herself presenting it without her TV husband by her side.

We’ve always said from the beginning that if either of us left then we wouldn’t want to do it.

Holly said: “If he left This Morning… well we’ve always said from the beginning that if either of us left then we wouldn’t want to do it.”

Holly also revealed that she felt like the “new girl” for a long time after being a fan of the show for years.

She told Keith: “I’ve been doing it for ten years, it feels like forever! For a long time I felt like the new girl, I was a big fan of watching the show.”

An insider close to Holly recently told The Sun that there have been some issues between the pair of presenters.

The source claimed: “It’s true there have been some issues. They’re like brothers and sisters – they have ups and downs but love each other.”

However, Holly and Phil appeared to dispel rumours of a rift on their last day on This Morning before they broke up for Christmas.

They were seen enjoying a glass of bubbly as they shared a Christmas kiss.