The presenter picked her faves

During a quiz with The Sun’s Bizarre column, Holly was asked who she’d like to join her on a remote getaway – and her choices might be surprising.

She didn’t say her co-host and best pal Phillip Schofield! Instead she opted for the royal because he’s likely to supply the booze!

“I’m gonna go for someone like Prince Harry,” she said. “Cause he’s another person I’m slightly fascinated about and I think he’ll bring fun and he’ll definitely bring some sort of alcohol on to that island somewhere.”

And it seems her love for the royals doesn’t stop there as she also went for Harry’s sister-in-law, Kate Middleton.

“I’m slightly obsessed with her anyway,” Holly revealed. “So I reckon if I get her on a desert Island I can kind of ask her all the stuff I need to know.”

Her final two companions were Gino D’Acampo, presumably to cook for her, and survival expert Bear Grylls. All good picks, if you ask us!

The star was being grilled by members of the public and among the other things they asked her was how close she’d come to falling asleep on the This Morning sofa.

“Probably the night after the NTAs when Phil and I picked up the award. Not this year, last year. And obviously I didn’t get any sleep that night,” Holly replied.

Read more: The REAL reason Ronnie and Roxy Mitchell were axed from EastEnders

“So I was a little bit tired but it kind of helped that I was still a bit giddy.

“It’s a long show This Morning so you start off all ‘I can do this, I’m fine, I’m on the telly’ and then as the hours went on the tiredness crept in.”

Holly and Phil infamously didn’t go to bed after the awards and ended up presenting the show still in the glamorous outfits they’d worn to the ceremony.

This year things were a little more sedate, and after jokingly promising to get matching tattoos, they ended up getting to bed at a very respectable 4am!

It doesn’t sound like Holly needs Prince Harry to bring the party, does it?! 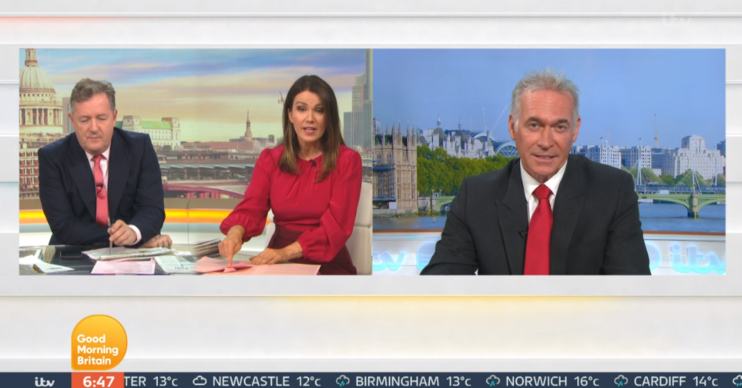