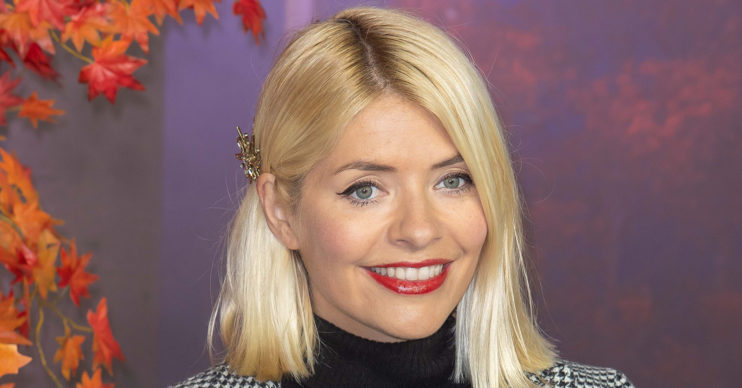 Television presenter Holly Willoughby went make-up free as she joined her pals for a Zoom chat.

The This Morning presenter, 39, shared a snapshot from a girly chat with four of her celebrity pals.

She shared the photo to her 6.7 million Instagram followers.

The mum-of-three caption reads: “Oh I miss these faces so much… apart and yet totally connected… miss my girls…”

Holly’s version of the screenshot has each of their Zoom nicknames blurred out.

Married to television executive Daniel Baldwin, she still goes by her maiden name in showbusiness..

Many of her users noticed the discrepancy and commented on the name change.

One wrote: “Holly Baldwin!? You’ll always be Willoughby to me.”

Another noted: “You are Holly Baldwin, I always wondered.”

“Always be Willoughby to me”

And a third commented: “I have always wondered if she was Baldwin but she will always be Willoughby to me x.”

Others wrote about how jealous they were of Holly’s enviable friendship gang.

One posted: “Now this is the conversation every women in Britain wishes they were part of.

“So amazing, you are all truly beautiful and total legend.”

A second commented: “I love that you’re besties with a Spice Girl and an All Saint!!!”

A third user wrote: “I’d love to be a fly on the wall for this zoom. Hope you had fun x.”

This group of girlfriends have been pals for years, and regularly share their exploits on social media.

She announced she was leaving the ITV show after 12 years.

Speaking to host Keith Lemon via video link, she promised to return for special episodes.

Keith asked: “Will you come back on special appearances on my birthday or something like that?”

Holly replied: “Absolutely, like try and keep me away, I will be back.

“Obviously I won’t be team captain anymore because that will go to someone very very lucky but I will be back on the panel, I’ll come and play stupid games with you.”

What do you think of Holly’s name slip? Share your thoughts with us on our Facebook page @EntertainmentDailyFix.