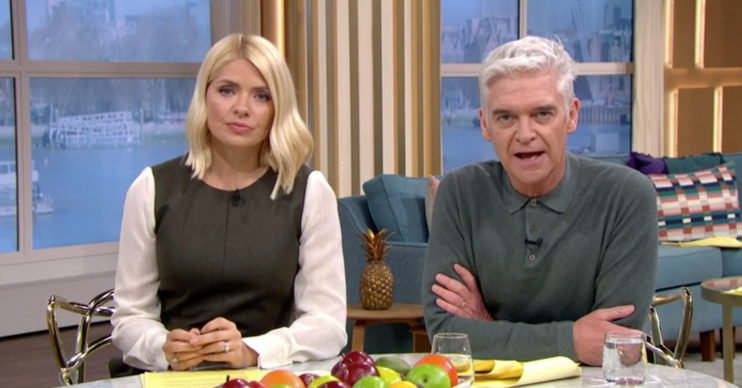 The only ones to get one

Daytime telly faves Holly Willoughby and Phillip Schofield have reportedly ‘sparked a pay row’ at This Morning after being the only presenters to receive a pay rise.

ITV’s morning schedule got a shake-up on January 6 (2020) after the Jeremy Kyle axing scandal, which means that the show is now running an extra half an hour each day.

But not everyone has been rewarded for the extra work, the reports claim.

The Sun reports that that pair – who also present Dancing On Ice – have got a pay rise.

The newspaper quotes a source who told the Daily Star, “The rumour is that the amount that Holly and Phil have been given for their extra work totals more than the editor’s annual salary, believed to be around £130,000.”

The rumour is that the amount that Holly and Phil have been given for their extra work totals more than the editor’s annual salary.

It was reported that Holly, 38, already received a £200,000 salary bump in 2017, when her earnings were brought into line with Phil, 57, who was being paid more for doing the same job.

No one behind the camera, it’s claimed, has received a raise.

Despite the raise, it’s not all been plain sailing for the pair.

Rumours of a rift between them persist after Holly’s co-presenting stint on I’m A Celebrity in 2018 drew alleged ‘jealousy’ from Phillip.

It was also alleged that there was a ‘toxic’ atmosphere on the This Morning set between Phil and his co-stars.

Friday morning presenter, Ruth Langsford, was said to have lodged an official complaint to bosses about Phil.

Back in December, Phillip refuted the rumours, telling The Mail On Sunday: “Holly is the sister I never had, we think at the same speed. It’s so organic… it’s a shame.

“Everyone who knows us, I mean, everyone at This Morning was like, ‘What the hell?’ The atmosphere in our studio is so wonderful, there’s such a lovely team. Everyone is lovely.”

Last week, the pair joined cast and crew onstage at the National Television Awards to pick up another trophy – Live Magazine Show.

But as the team accepted the award, viewers were convinced they spotted tension between Phillip and Ruth.

One viewer thought the interaction between the two looked ‘awkward’.