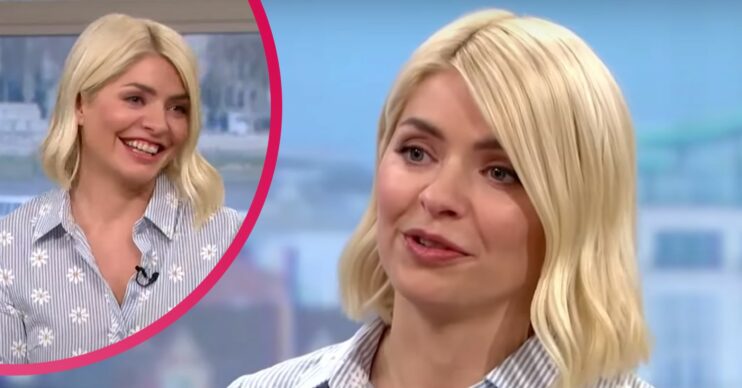 They look so alike

Holly Willoughby has paid tribute to her mum with a Mother’s Day tribute on Instagram, hailing her as “the best”.

Fans adored the sweet post, showing Dancing On Ice host Holly and her mum Linda beaming for a selfie.

Several onlookers also commented about the close resemblance between the two, with some suggesting they could be siblings.

This Morning presenter Holly, 41, made it clear how much she treasures Linda with a loving caption, too.

She wrote: “Happy Mother’s Day to the best… love you so much mama.”

Within minutes of Holly uploading the post, thousands of Insta users expressed their approval for it by leaving a Like.

Dozens also left appreciative comments – and a good number of those marvelled at the likeness between the pair.

Followers sprinkled their remarks with plenty of red heart emojis to demonstrate how moved they were by the post.

And there were several observations of how Holly and Linda could pass as siblings.

Someone else went even further to suggest Holly and her mum look like they could be the exact same age.

“Twins! So lovely,” they wrote.

Another follower seemed to feel the same, remarking: “Image of each other.”

“Peas in a pod,” echoed another commenter.

You are a double of your mum Holly.

And yet another person pointed out: “You are a double of your mum Holly, lovely photo.”

Holly’s Mother’s Day treat from her own kids

Holly is also a mum herself, to Harry, Belle and Chester.

And it seems she was treated to a pancake brunch from her own kids.

She shared images from her Mother’s Day morning, giving thanks for the tasty grub.

Holly captioned the pics: “Nothing says Happy Mother’s Day more than your name on a pancake… thank you Harry!

“Belle likes pancakes with her cream. Happy Mother’s Day to you and yours.”