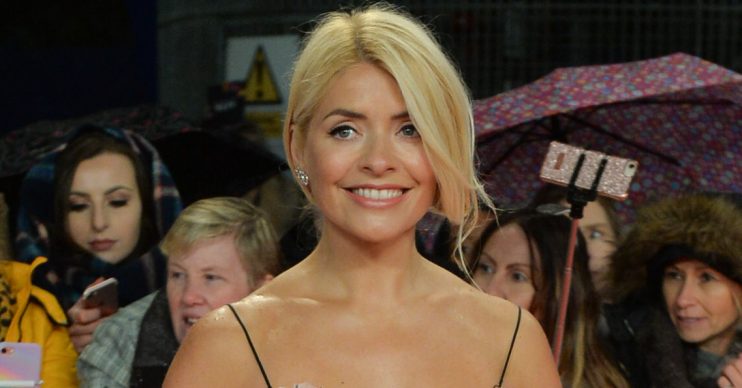 The GMB presenter didn't take it lying down!

Holly Willoughby has had a pop at her old sparring partner Piers Morgan, giving the GMB host a good slating on social media.

The two stars are appearing on a new ITV show tonight (May 11), Bradley Walsh’s Late Night Guestlist, and This Morning presenter Holly, 38, used that as an opportunity to deride Piers on Instagram.

Not only did she mock his age, she called him out on his fashion sense, too.

And Piers, 54, was clearly riled as he issued a curt response to Holly’s comments.

Yesterday, Holly shared a short teaser clip for the new show with her 5.5 million Instagram followers.

It showed Piers making a dramatic entrance to Bradley Walsh’s studio, sliding down a pole like a fireman.

If Piers thought he looked cool, Holly quickly quashed any such ideas.

“The night did somewhat deteriorate.”

Piers didn’t seem to take issue with the “old man” comment – but he did set Holly straight about what he was wearing.

The motormouth presenter added a message to Holly’s comments box, pointing out: “That was NOT a cheap suit.”

But, as you’d expect, Holly’s fans took her side of the argument.

One butted in with: “Looks like a cheap one!”

And another told Piers: “Your suits are always cheapened by their contents.”

There seems to be no love lost between Holly and Piers. A couple of weeks back, Holly and Paddy McGuinness trashed the Piers’ Life Stories studio, with Holly then sticking two fingers up at the camera.

Piers responded by telling her: “When the halo slips… I’ll exact revenge for this outrage.”