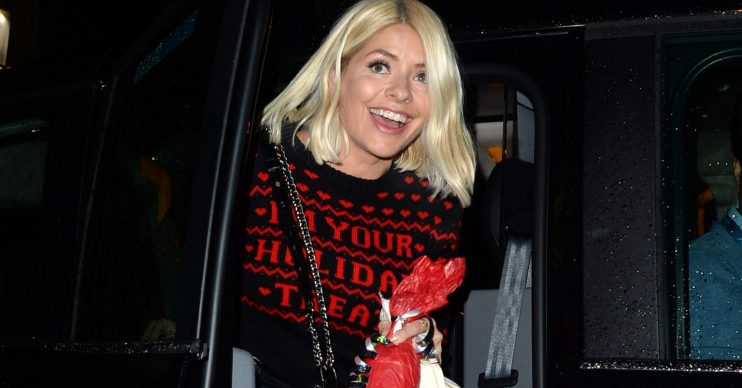 Not done it before

Fans of Holly Willoughby were quick to reassure the presenter as she revealed how she plans to give her daughter Belle an extra special birthday despite the coronavirus lockdown.

On Instagram, the star posted a snap of herself with Belle, who turns nine on Tuesday (April 14), having fun in the kitchen.

And the This Morning host explained they were making an ice-cream cake for the first time.

She captioned the pic: “Today’s project… making an ice cream cake for Belle’s birthday on Tuesday…

“Never done it before, will report back once we reveal it!”

In the comments, This Morning stand-in presenter Rochelle Humes said: “Ohhhhh this is fun.”

One fan said: “Beautiful smile, good luck with the cake.”

Another wrote, reassuringly: “You’ll be fine. It’s an easy one for kids to make.”

Never done it before.

A third follower commented: “Oooo!! I’m sure it will be great! Hope you have a good day.”

Holly has continued to present on This Morning four times a week with her co-star, Phillip Schofield.

And last week, she revealed the rather sweet concern her daughter voiced during the family’s pandemic isolation.

On today’s (Tuesday, April 7) episode of This Morning, the daytime TV favourite said Belle had expressed concerns about the tooth fairy.

She explained how her little girl had asked if the tooth fairy would still be working to collect children’s teeth. Belle worried she might not, given everyone that now has to practise strict social distancing.

Holly said on the programme: “This happened in my household; Belle’s got a wobbly tooth, she asked me, you know, we’re in lockdown, would the tooth fairy still be able to come if her tooth were to fall out?”

The show then cut to a clip of New Zealand’s Prime Minister Jacinda Ardern. In it, the PM assured children the tooth fairy would still visit them during the lockdown.

Holly has two other kids with her producer husband, Dan Baldwin. The pair also share sons Harry, 10 and Chester, five.