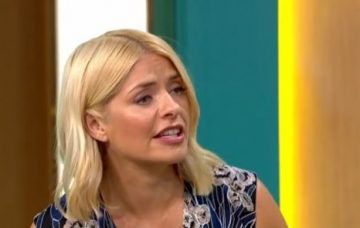 Everyone is so thrilled for them!

New parents Christine and Frank Lampard have proven themselves the most popular couple in showbiz after being inundated with congratulatory messages from famous friends.

The couple announced the birth of their daughter Patricia on Friday morning and were immediately swamped with well-wishes from celebrity pals.

Among them were This Morning’s Holly Willoughby and Phillip Schofield.

Holly, who has three children with husband Dan Baldwin, was one of the first to congratulate Christine and Frank via Instagram.

She wrote: “Just sooooo wonderful. You look so beautiful and happy. Sending you so much Baldwin love from all of us.”

Her This Morning co-host Phil, a dad of two grown up girls, added: “What a beautiful pic. Congratulations.”

Lisa shared the picture Christine and Frank posted to her own Instagram account alongside the message: “Such WONDERFUL news for @christinelampard @franklampard on the birth of Patricia!

“I could not be more happy and proud of you both. You are one of the most genuine, kind, honest people I have ever had the privilege of working with….Sending you so much love and happiness.”

Further congratulations came in from Good Morning Britain’s Susanna Reid and ITV’s Lorraine show, all of whom were over the moon for the new parents. 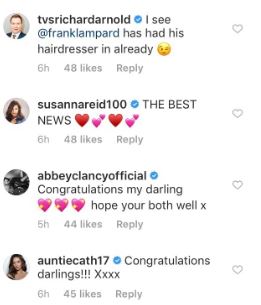 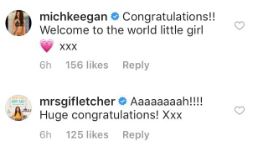 More well wishes came in from Jamie Redknapp and his ex-wife Louise, The Saturdays’ Rochelle Humes – who also steps in as a guest  host on Lorraine – and Giovanna Fletcher, who has just welcomed a child herself. 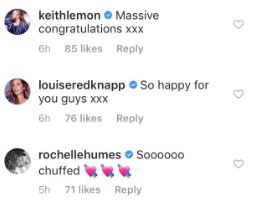 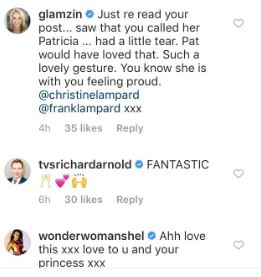 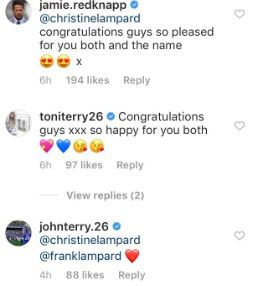 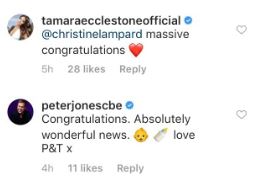 The baby’s name is a tribute to Frank’s beloved late mum Pat, who sadly passed away from pneumonia in 2008 at the age of just 58 years old.