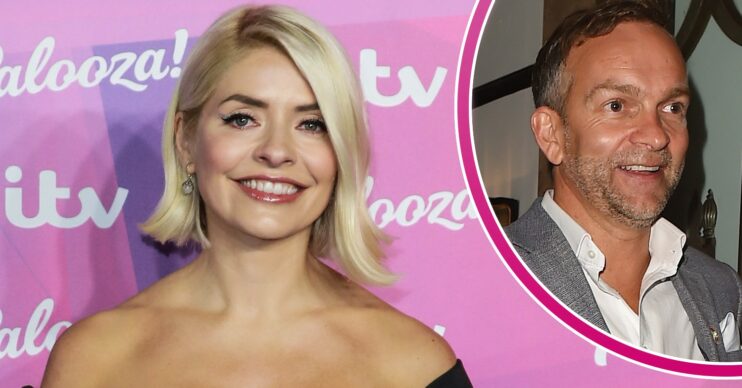 Holly Willoughby has wowed her Instagram fans as she shared a racy bikini picture to mark a special occasion.

The This Morning host shared a black and white bikini picture as she marked her wedding anniversary.

The throwback image showed herself underwater while wearing a bikini which had “Mrs Baldwin” printed across the bottoms.

Next to the racy picture, Holly wrote: “Mrs Baldwin 4 ever… #15yearsmarried #love.”

Fans loved the snap in the comments as one said: “This might be my favorite picture ever.”

A third quipped: “Are you trying to break the internet?”

Many of her celeb pals also congratulated the couple.

Meanwhile, Kate Thornton added: “What a picture! What a [peach emojo]. But most of all, what a wonderful achievement you two.”

The presenter previously opened up about knowing she’d spend her life with Dan.

Speaking to the Mirror in 2007, Holly said: “I know a lot of people almost have to force their boyfriend to propose but with Dan it was such a shock.

“I knew I’d be with him for the rest of my life, if he’d have me, but nothing can ever prepare you for what it’s like when someone asks you.

“I can’t think of any other big decision you make in your life that quickly.”

More recently, Holly opened up about the secrets of her marriage to Dan.

She said: “I’d say you have to work hard not to take each other for granted. Continue to make the effort throughout your relationship.

“By effort, I’m not talking about looking nice for your husband, I’m talking about carving out time in your lives for each other.”