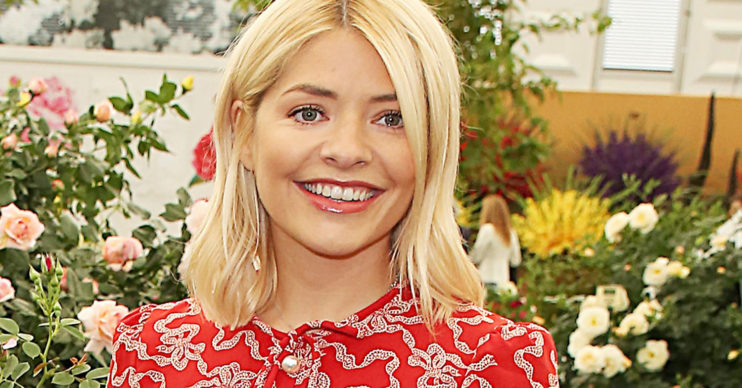 Holly Willoughby admitted she’s “in bits” as she watched her dad tick off one of his bucket list dreams.

The This Morning presenter shared a video to her Instagram on Wednesday showing her dad Brian flying in a Spitfire.

The star, 39, thanked Boultbee Flight Academy for “making it so special and making dreams come true”.

The post also included a photo of proud Brian standing alongside the plane.

What did Holly Willoughby say about her dad?

She wrote: “Well, I just received this footage from @boultbeeacademy of the moment my Dad ticked the big one off his bucket list and flew in a Spitfire…

“Thank you @boultbeeacademy for making it so special and making dreams come true… I’m in bits here watching this.”

What did Holly Willoughby’s fans say?

Fans loved the video and praised Brian for completing one of his bucket list dreams.

I think you can tell from his face that magic happened up there in the sky in that beautiful machine.

One person commented: “So lovely… he is living his dream.”

Another wrote: “Oh heck! He’s as cool as a cucumber! Smiles all the way!! Bravo Brian.”

One said: “How wonderful, he sure is having fun!”

Holly rarely shares photos of her parents to her social media but when she does, fans are thrilled.

In June, the mum-of-three paid tribute to her dad on Father’s Day.

She posted an adorable throwback photo of herself and her dad showing the presenter being cradled by him.

Fans loved the photo, however, some people thought Brian was the spitting image of Britain’s Got Talent judge Simon Cowell.

One user cheekily asked: “Your dad is Simon Cowell?”

And a third remarked: “Wow your dad looks like a young Simon Cowell and Magnum P.I. from back in the day cool photo.”

Meanwhile, a month earlier, Holly gushed over her mum Linda on her birthday.

Holly wrote alongside a photo of herself and her mum: “Happy birthday to my beautiful mumma… miss you so so much… can’t wait to cuddle you again… love you.”