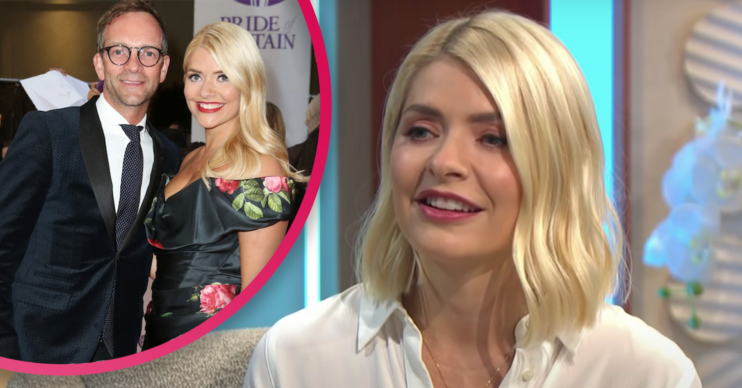 They've previously hit out at the plans

Holly Willoughby and husband Dan Baldwin have reportedly been granted planning permission to go ahead with an extension at their south-west London home.

The application, first submitted in 2021, will allegedly see work on a first-floor extension follow soon.

However, the couple are said to be risking the wrath of their neighbours in the leafy suburb, who have previously spoken out on the matter.

This Morning star Holly and Dan are said to be building a first-floor extension in south-west London.

The home is said to be worth a whopping £2.8 million and has six bedrooms.

Of course, Holly and Dan share the home with kids Harry, 12, Belle, 11 and seven-year-old Chester.

They bought the home in 2011 and are said to have carried out extensive renovation work over the past decade.

Various planning applications have also been turned down in the past.

I do not pay taxes to get this level of disruption, it is not quality of life.

The couple had wanted to add a first-floor side and front extension and build a side dormer roof extension.

However, reports suggested that neighbours expressed concerns about the prospect of building noise.

In 2016, a plan to add a two-storey extension was also denied.

Earlier this year, some of the couple’s neighbours spoke to The Sun to state their issues with the prospect of Holly and Dan’s building work.

Neighbour Liliana Velez said: “Having the noise all week all day for so many months is not the standard of living in such an expensive area to live.

“I do not pay taxes to get this level of disruption, it is not quality of life.”

Another local, Julie Halstead, also seemed peeved at the prospect of “further development”.

Speaking ahead of planning permission being granted, she said: “Further development as per proposal, would severely impact the character and nature of this part of the road and community.”