Holly Willoughby has shared a video of herself dyeing her hair and fans are refusing to believe she does it herself.

The presenter, 38, was earning close to £2.5 million for her This Morning, Dancing On Ice, and Celebrity Juice hosting duties before her stint on I'm A Celebrity raised that figure to £5 million, according to Mail Online.

So when she posted online this week about using Garnier hair dye at home, fans were somewhat skeptical, to say the least.

Ad | @GarnierUK root touch-up, timelapse style! My shade, Nutrisse 10.01. Always do a patch test 48 hours before… and although this seems super speedy I left it on for half an hour for the colour to fully develop… xx

The timelapse video showed Holly, clad only in a bath towel, leaning towards her mirror and touching up her roots.

She captioned the clip: "@GarnierUK root touch-up, timelapse style! My shade, Nutrisse 10.01. Always do a patch test 48 hours before... and although this seems super speedy, I left it on for half an hour for the colour to fully develop." 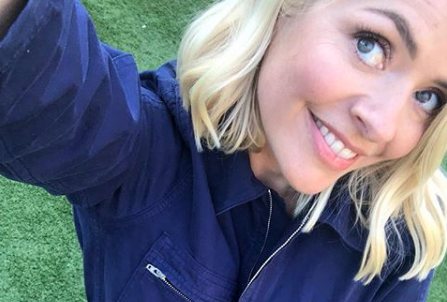 Fans refused to believe she does it herself (Credit: @hollywilloughby Instagram)

Fans stormed the comments to let her know they were having none of it.

One wrote: "Does anyone actually believe that the millionaire Holly Willoughby actually dyes her hair at home in the bathroom?"

Another said: "This is ridiculous, even for paid partnership. No way she did this!"

A third replied: "I really can't believe that Holly needs to be standing in her bathroom colouring her own hair. Nope. Naha. Ain't gonna happen."

This is ridiculous, even for paid partnership.

Someone else commented: "That's not your bathroom. I know because you have three children. No mum has that long in the bathroom without the little people banging down the door."

A fifth wrote: "Does anyone actually believe that the millionairess Holly Willoughby actually colours her hair with a £5.00 shop bought hair dye!"

Holly and her This Morning co-host Phillip Schofield are currently on a break from their presenting duties for the Easter holidays.

Actor John Barrowman has served as a stand-in - first alongside his I'm A Celeb pal Emily Atack and this week with The Saturdays singer Rochelle Humes.

Earlier this week, Holly marked her daughter Belle's eighth birthday with a rare snap of the youngster on social media. 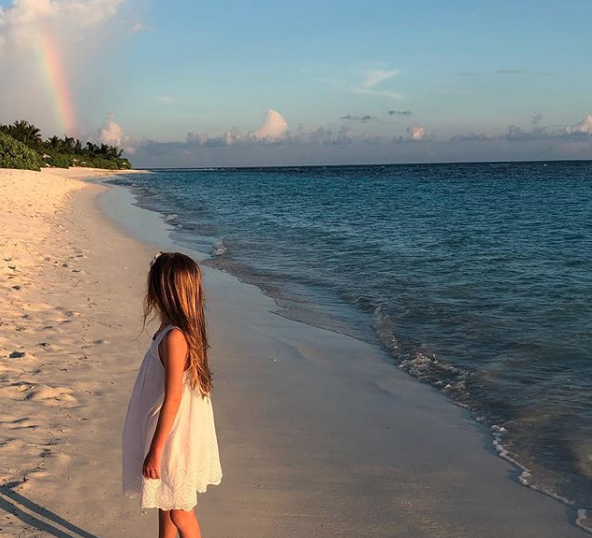 The pic showed Belle standing on a white sandy beach and looking towards a rainbow with her face away from the camera.

Holly captioned the photo: "Happy birthday beautiful Belle... keep following that rainbow... love you so so much."

Do you think Holly dyes her own hair? Leave us a comment on our Facebook page @EntertainmentDailyFix and let us know.