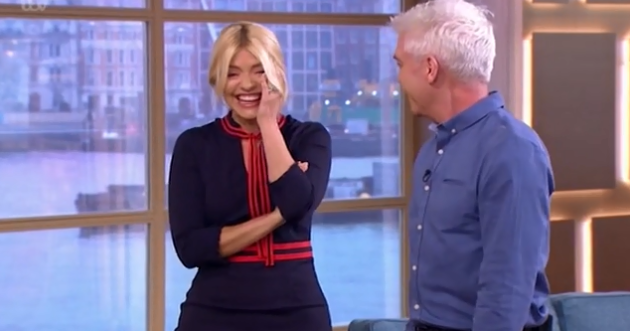 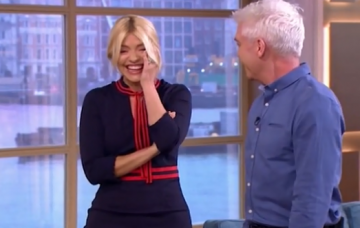 A day to forget!

There are only a few certainties in life – death, taxes and Holly and Phil getting the giggles at some point during This Morning.

Viewers were treated to the latter today when Holly got giggling fits after making some extremely basic errors.

To start with, at the very top of the show, the host was attempting to list some of the upcoming segments.

But she seemed to forget what time zone she was in!

Never one to let an opportunity slip, Phil immediately jumped in. He said: “What? How long is this show today? Ten past five? I’ve got stuff to do, I can’t be here all day!”

At this point, Holly was beyond saving, and had to bow down because she was laughing so hard, which also sent Phil into a giggling fit.

He joked: “What are you doing? This is not a rehearsal!”

Unfortunately this was wrong as well! Phil had to shout: “ELEVEN!” to get them back on track.

Viewers were laughing just as much as Holly and Phil, with one saying on Twitter: “Phil and Holly make daytime TV… they’re hilarious”.

Another said: “Holly and Phill are giving me all the laughs today”.

Holly managed to pull herself together just enough to complete the link, and the rest of the show was going swimmingly.

That’s until guest Paddy McGuinness was unveiled, of course.

Holly had another nightmare when she read out some figures from her autocue that were blatantly wrong.

She suggested a competition prize was a paltry £7, rather than £7000.

Paddy took it upon himself to do Holly’s job for her, and read out the link himself – only to make the same mistake!

Phil cried: “Can nobody do this job!?” and stormed off the set – only to pop back moments later with a grin.

Never mind Holly, that’s work over with for the week – tuck into a gin and tonic, you’ve earned it…