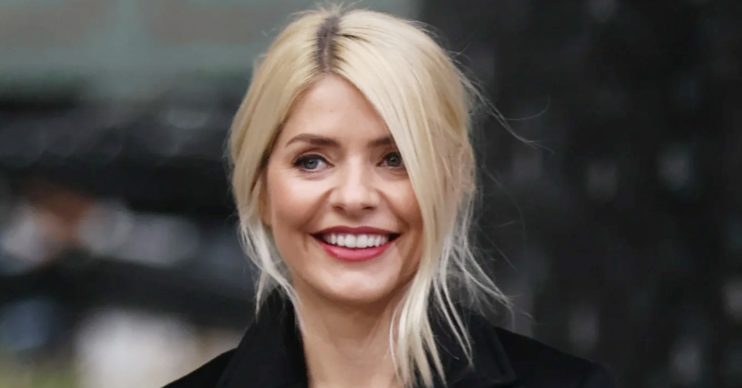 The presenter posed with son Chester in the touching post

Holly Willoughby has opened up on her battle with dyslexia, as she praised a childhood friend for helping her.

In accordance with Children’s Mental Health Week, the presenter revealed her pal, author Hannah Peckham, was publishing her first book.

However, it was the meaning behind the story that really resonated with Holly, 39, as she read it with her youngest son Chester.

What did Holly Willoughby say about her dyslexia battle?

Taking to Instagram today (February 2), Holly shared a snap alongside Chester in bed.

The six-year-old hid his face, while doting mum Holly looked towards the camera.

In support of her friends, the star penned: “Today is a very important day for one of my oldest friends @h.j.peckham.

“We met on our first day of school and eventually moved into our first flat in London together. We’ve been through a lot!

“Probably something that bonded us hugely was the fact we are both dyslexic. That’s why this post is even more special and actually writing this I feel very emotional.

“If I could go back and tell my school friend that on the 2nd of February 2021 to mark the begin of #childrensmentalhealthweek she would publish her 1st book, I’m not sure she’d believe it possible…”

In addition, Holly shared: “You did it Hannah… so so proud of you. It’s a beautiful and important book.

“One that helps open the conversation with your little ones about how to talk about their emotions. We all need that right?”

Fans rushed to comment on the snap, with one saying: “Wow huge achievement.”

Furthermore, a second wrote: “Oh this is so, so important right now!! Amazing!”

A third added: “Sounds like quite the journey. And an important one at that. Well done to your friend and what a great friend you are.”

A fourth commented: “Fabulous. I shall check it out for my awesome little ones.”

What has Holly said about her dyslexia in the past?

Meanwhile, Holly previously opened up on her struggles with dyslexia last year.

The This Morning star, who battled with the learning difficulty from a young age, explained it used to “hold her back”.

Furthermore, Holly told Red magazine: “I’ve struggled with dyslexia since I was young and it used to hold me back.

“At school, reading out loud absolutely terrified me because I’d get all the words wrong and I was convinced everybody thought I was stupid.”

In addition, she said: “It still happens now – most of the mistakes I make on This Morning are because of it. But it doesn’t do what it did to me back then because I don’t let it have power.

“I now know that it’s all about how you package it in your head.”