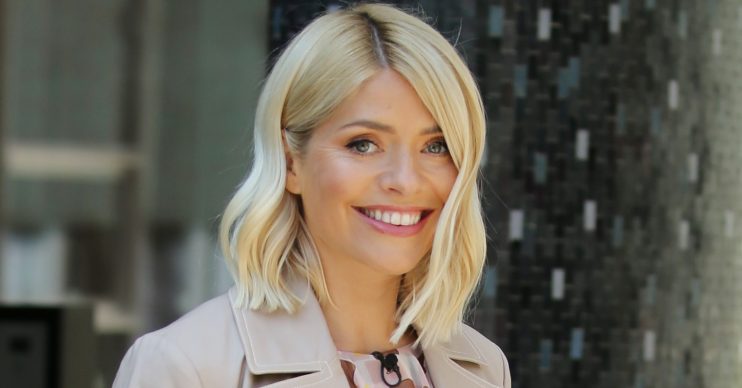 This Morning presenter, Holly Willoughby, 38, has taken to Instagram to celebrate her wedding anniversary.

Holly married her husband, Dan Baldwin, back in 2007 and they have since had three children together.

Today marks their twelve-year wedding anniversary and Holly opted to take to the popular social media platform to let people know how their marriage is still very loving.

She posted a black-and-white picture of her and Dan in each other’s arms smiling happily on their wedding day which took place twelve years ago to the day.

She accompanied this happy picture with a caption which read: “12 years of [heart emoji]…”

The presenting duo went on holiday together to Portugal with their families and it seems as though they had a lot of fun.

It was pretty clear that they were enjoying a well-earned break from This Morning over the summer holidays after presenting the show together for the best part of a year.

During the holiday, Phillip shared a picture of himself looking rather under the weather, and it turns out that he was in that state after going on a night out with Holly.

The TV presenter posted a photo to his Snapchat account in which he was in bed with his duvet pulled up covering his face.

He captioned the image: “The morning after a session with Holly… carnage.”

He then added a crying with laughter emoji to the caption, which rounded the post off nicely.

Hopefully, Phillip’s managed to recover from his night out with Holly and is ready to get back in front of the camera as the duo are set to return to present ITV’s This Morning.

How cute do Holly and Dan look in that wedding photo? Leave us a comment on our Facebook page @EntertainmentDailyFix and let us know what you think.

Saving Britain’s Pubs with Tom Kerridge: Has he put weight back on?