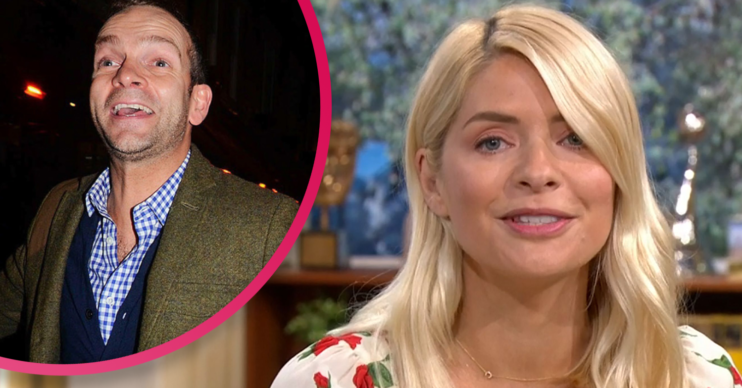 Holly Willoughby has shared a rare glimpse into her marriage to husband Dan Baldwin in a sweet wedding anniversary post.

The This Morning star, 39, celebrated her 13th wedding anniversary with Dan yesterday (August 4).

Marking the special day on Instagram, Holly shared a photo of the happy couple on their 2007 wedding day at St Michael’s Church.

The photo showed the pair taking part in their first kiss, with Holly wearing a huge wedding veil.

Dan’s eyes were closed for the special moment as a swarm of guests can be seen in the background.

Alongside the snap, she wrote: “Yesterday marked 13 years since this photo was taken…

The couple’s celebrity pals rushed to comment their well-wishes.

They first met in 2004 when she rejoined CITV to present Ministry of Mayhem, where Dan was a show producer.

Since then, the pair have welcomed children Harry, 11, Belle, nine, and five-year-old Chester.

Despite what people may think, Holly’s day wasn’t without some drama after she was forced to walk down around barefoot!

Giving advice to a bride on This Morning in 2018, she said: “Make sure you have comfortable shoes!

“I know you want the Cinderella, glitzy, sparkly high heels but I fell into that trap and I ended up walking around barefoot all day, which was lovely, but if you look at the hem of my wedding dress now, it is covered in dirt!”

While Holly didn’t share much else from their wedding anniversary online, we can only imagine the couple had a great day.

The busy star is currently on a summer break from This Morning, before she returns to the studio in September.

While on her holidays, Holly debuted her new longer hair do to her 6.8 million Instagram followers.

She flaunted her beachy mermaid waves with an up-close selfie, which she captioned with a simple emoji.