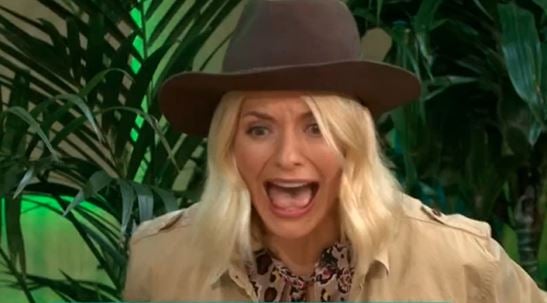 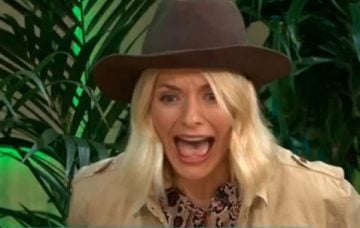 She was NOT a happy camper ahead of I'm A Celebrity stint!

Holly Willoughby said goodbye to This Morning on Thursday as she prepares to jet to Australia for I’m A Celebrity… Get Me Out Of Here!

The 37-year-old’s imminent departure was the hot topic throughout the episode that culminated in poor Holly screaming the studio down as she was forced to take on a nasty surprise: her first-ever Bush Tucker Trial.

Holly’s made no secret of her fears of creepy crawlies and surprises, so was understandably nervous when Phillip Schofield, 56, announced she would have to face a mystery box Bush Tucker challenge.

She had to stick her hands in three boxes, have a feel and determine just what was lurking inside each.

Holly made it clear she was NOT happy about the trial, especially when she found out it was called ‘Box of Shocks’. Eek!

She warned: “I don’t think I can do this! I honestly don’t! I think I’m going to cry. I don’t know how the celebrities do this. I’m a little bit worried. I think I’ll be telling them, ‘You don’t have to do it. They won’t let you starve or die. It’s a telly show. Don’t do it, don’t feel the pressure, don’t do it!'”

Phillip replied: “I don’t like to speak on behalf of the production team, but they’ll go, ‘Please don’t do that!'”

What followed was ten minutes of Holly screaming, screeching, shouting, panting and generally just freaking out a lot and having a meltdown as she was made to stick her hands in the boxes.

And then, er, looking rather embarrassed when she realised the first box contained a remote-controlled spider.

As Phillip laughed away, Holly muttered: “I hate you all!”

She was panicking when warned the second box contained live creatures and she needed to be very careful, immediately jumping to the conclusion it was a rat.

Holly’s nerves came into play again as she kept pulling her hands out of the box and asking if it was a rodent inside.

Er, no. It was grey kittens… not exactly scary, right?!

Holly cooed over them, gushing, “Oh, you’re nothing to be scared off, are you?”

Toff joked she was going to nibble on Holly’s fingers but thought maybe that was crossing a line!

Plenty of viewers found the whole segment hilarious, saying they couldn’t wait to see Holly in the jungle alongside Dec!

@hollywills that was hilarious!! Have fun down under! #ThisMorning #ImACeleb

Holly was given a big box of goodies, including British snacks, mosquito repellent and sun cream, to bring with her to the jungle as the show ended.

Throughout the show, Phillip was winding Holly up about her time in Australia, teasing her about the size of insects and making sure none crawled into her bed or suitcase!

He also pulled a sad face at the start of the show to indicate he’d miss Holly while she’s gone.

Holly has been drafted in to replace Ant McPartlin on this year’s I’m A Celebrity after Ant, 42, took a break from all work commitments following a drink-drive incident in March.

Phillip will be joined by Rochelle Humes on the This Morning sofa while Holly is in Australia.

Former Saturdays singer Rochelle, 29, said she was thrilled to be joining the programme, saying: “I’ve done the show before but never with the legend [Phillip]!”

Are you excited about seeing Holly in the jungle? Leave us a comment on our Facebook page @EntertainmentDailyFix and let us know what you think!