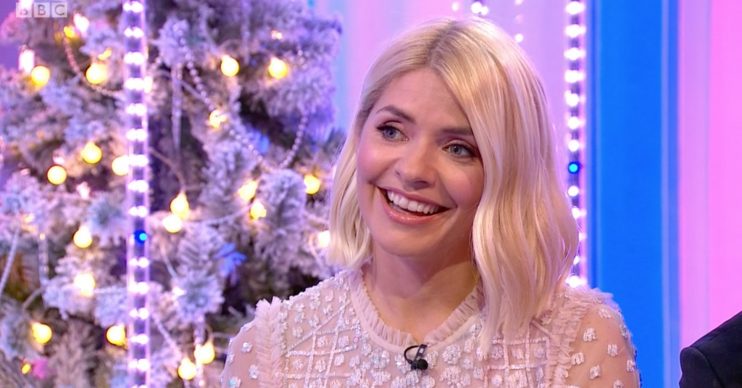 Put a brave face on it

Telly fave Holly Willoughby looked slightly taken aback when she was quizzed on The One Show last night (18.12.19) about ‘difficult co-stars’.

The This Morning host been at the centre of rumours that there’s a ‘feud’ with her daytime TV co-presenter Phillip Schofield – something they both have denied.

Holly, 38, was appearing alongside The Chase’s Bradley Walsh to promote their BBC One Christmas show, Take Off With Bradley and Holly.

Interviewed by Patrick Kielty and Strictly Come Dancing‘s Alex Scott, Patrick began his awkward question to Holly by saying there had been a lot of talk about in the press about “difficult” co-hosts, and he just wanted to ask one question.

But Patrick then turned it around and said instead: “What makes Bradley such a nightmare to work with?”

Holly regained her composure and joked: “He’s a complete nightmare because he never knows what’s going on. Normally with Phil I can sit back a bit and relax.”

Because Phil’s a professional!

“Because Phil’s a professional!” Patrick interjected.

“Phil’s a professional,” she continued, and pointed to Bradley, “this one comes in and is like ‘right the rules are this, go on H you tell them!’ And I’m like ‘ahh’, basically I have to do my homework.”

Phil and Holly have been dogged by rumours of a feud, ever since a report in The Sun claimed that their relationship had soured.

A source alleged that ‘jealousy over her I’m A Celebrity Bafta success’ was to blame.

But in the lead-up to the new series of Dancing On Ice, she hugged her embattled co-presenter.

Phil also hit back at the claims.

He told The Mail On Sunday that: “Holly is the sister I never had, we think at the same speed. It’s a shame.”